I never liked the doggerel about school days.  But perhaps the slight riff above helps capture our present reality.  In the regions surrounding Montréal, Canada, and all across the country, schools are in, but the jury is out. After six months of serious, sometimes draconian caution and regulation, a kind of quiet stasis seemed to have been achieved amidst the global pandemic storm.  Businesses, even bars and restaurants – at least those with patios – were regrouping and re-opening. Communities of sacred spaces of all traditions were drafting plans for safe, socially distant worship to start up.

And schools were poised to resume classes: tentatively and with constrained instructional strategies, but nevertheless, ready to begin.  Elementary and secondary schools were, that is.  CEGEPS (colleges of both academic and technical vocational formation) and universities had developed their own protocols, practicing a hybrid of in-person and distance education.  But grade schools, with the intrinsic function of socialization, were reconvening in person.  Measures were in place for families who chose to opt out.  But the yellow and black buses were called out of the summer storage yards, and the school doors swung open: not always for long. 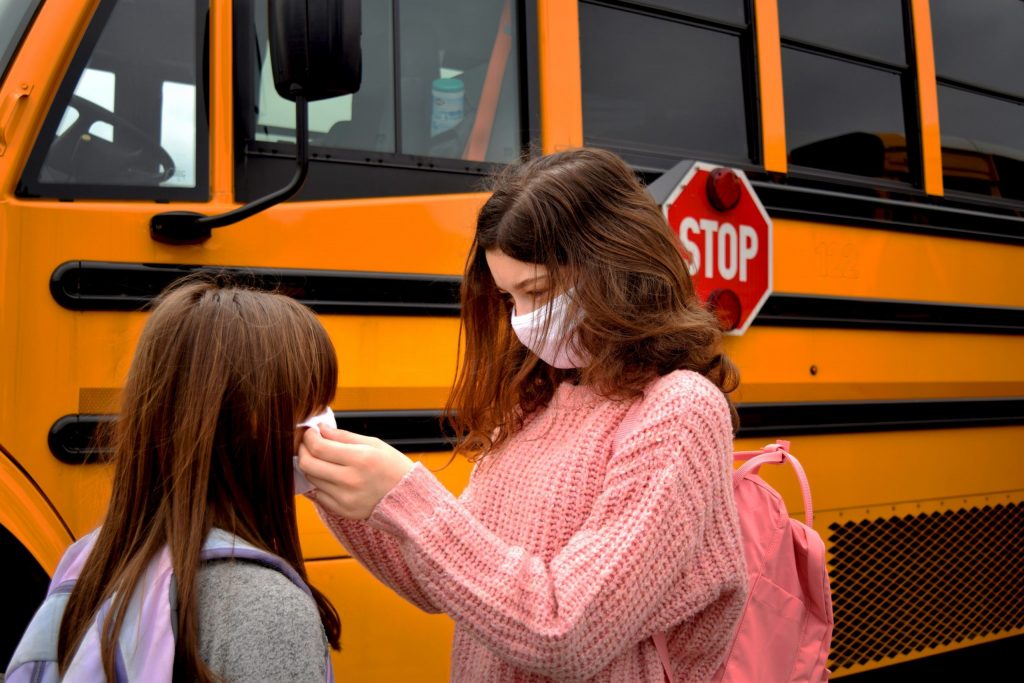 The “quiet stasis” of late August proved delusional; merely the eye of the COVID-19 storm.  Within days, new waves of the pandemic washed over the country.  The cases mounted; the schools started to close.  Teachers and students fell ill; extended families became statistics.  As I write, in mid-September, chaos would be a temperate description of the present reality.

All this is aggravated by COVID “fatigue”; mainly, but not exclusively, among the young.  By the weekend of September 18, officers of the Sûreté du Québec were assigned to visit 1000 bars in the areas of serious “uptick” in COVID cases.  The new abnormal continues.

In the meantime, paranoia and “othering” grows.  The conspiracy network, QAnon, has stretched from the United States into Canada and beyond.

And our once-tested bulwark against this neo-superstitious madness, our schools, our education systems, are rendered helpless by the disease.  Let us be honest: the times are grim.

But they have been grim before.  When the bucolically unconscious Victorian era drifted into the calamitous 20th century, the science fiction pioneer, historian, and futurist H.G. Wells observed that the civilized world was in “a race between education and catastrophe.”  That race continues.  A century later, even in uncertain times, the virtual revolution in technology means that education, no matter how beset, remains viable and available.  We must cherish and support it:  its students, teachers, and innovators.

One hundred years after Wells, Jeremy Rifkin, in his monumental The Empathic Civilization, issued a revised warning: civilization is in a race between empathy and catastrophe.

The pandemic has heightened the contrast to an almost incalculable magnitude.  As we live through and become aware of the degree of sorrow and suffering wreaked upon the global community by the vicious viral visitor, humanity faces stark choices:

Yes, things could get worse.

Should we fail to learn, entropy could yet triumph over empathy.  The world clock could simply wind down, leaving us to the primitive and the primal.

But such a fate is not preordained.  We have options.  There are individuals and communities worldwide which are struggling to grasp and to meet the challenge of these harsh days.  Many are inspired by religious faith; many are not.  Goodwill is not limited by denominational or sectarian boundaries.

The future belongs to all life in the created order; the responsibility to ensure that future belongs principally to our querulous-yet-remarkable species.

The jury may still be out on school openings.  Just so.  But education and empathy are not optional subjects.  Back to class everyone.