As I draw my chair up to my desk and take out my pen, I note that the desk calendar reads November 30th.  In Christian hagiography, especially in the Russian, Greek, and Scottish traditions, it is Saint Andrew’s Day.  Andrew is noted especially for his enthusiasm in bringing friends and strangers alike to meet his friend and mentor, Jesus of Nazareth.  Andrew is also noted for requesting crucifixion on an x-shaped cross; as if the conventional configuration wasn’t horror enough.

November 30th is also the day each year when I ensure the poppies are safely returned to their drawer waiting to adorn lapels on November 1st next year.

I sense, gentle reader, a certain puzzlement.  So: on and around November 11th each year, the majority of Canadians wear small poppy-shaped lapel badges: crimson as blood, of course, with a black centre.  A simple straight pin secures them to the lapel.  Or not.  Each year, most of us purchase these poppies by donation through members of the Royal Canadian Legion.  Each year, the poppies fall off.  Many Canadians, while making multiple donations every year also secure their poppies to our outerwear by the simple expedient of a tiny, more permanent Canadian flag pin to replace the less reliable straight pin.  This helps to ensure that we will never forget. 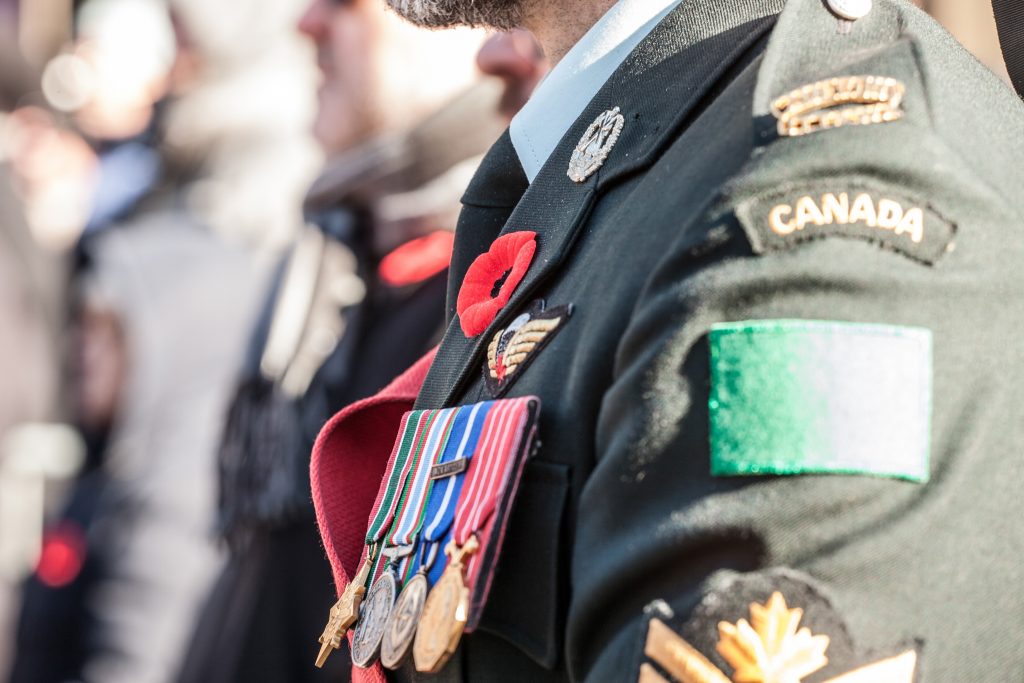 Never forget, of course, those lost in the terrible wars of the twentieth century.  The poppy recalls the scarlet meadows of Flanders, the scene of four years of relentless carnage in WWI.  That war was ended by the Armistice of November 11th, 1918.  Hence the lapel badge for Remembrance.  And on Saint Andrew’s Day, the more permanent poppies have been tucked carefully away until the same time next year.

And, as every year, I have a nagging sense that we haven’t quite gotten it right, this Act of Remembrance.

It isn’t that I am a pacifist.  That may be in part a matter of genetic predisposition.  My legacy is Highland Scot:  hardly a people noted for pacific tendencies.  Should you wish, you might acquaint yourself with my ancestors by viewing an episode or two of “Outlander” on your favourite streaming service.  The more disreputable characters represent my relatives.

Neither do I subscribe to the somewhat paranoid view that all war memorials and acts of remembrance are intended to emphasize the glory of combat, the joy of camaraderie, while at the same time diminishing the horror.  There was much sacrifice.  There was much wickedness.  There still is.

I do subscribe to contemporary Canadian military doctrine.  This may be characterized as “There are no military solutions.”  But there is occasionally, reason for Force Majeure: to whit, in the establishing and enforcement of a “time-out” until the contending parties return to the table to negotiate a political solution.

Yet the third stanza of John McCrae’s beloved poem, In Flanders’ Fields, haunts me and many each November:

Take up our quarrel with the foe:

To you from failing hands we throw

The torch; be yours to hold it high.

If ye break faith with us who die

We shall not sleep though poppies grow

The foe, of course, does not refer to the other fellow shooting at you.  The foe is war itself, and the human propensity for evil.  The human community has made some progress.  In just over a generation, war between states has been radically reduced.  Wars within states, not so much.  And the nuclear states continue to gamble with all our futures.

Every effort that every individual and every community make towards peace is critical.  But permit me a thought for this time next year.

What might it look like if former enemies, as an acknowledged norm, annually laid wreaths on each other’s monuments?  If the British Prime Minister laid a wreath in Berlin to honour German dead?  If a Japanese delegation laid a wreath in Ottawa?  What might it look like if reciprocity were made a mark of Remembrance – and of reconciliation across the human family.  Surely, it’s time to press the conversation: for this time, next year.