People of faith are familiar with the Christian tradition axiom that everything – whether birth or death, war or peace, killing or healing, weeping or laughing, mourning or dancing  – has its season (Eclesiastes 3:1-8). But the imagery that worked in simpler times breaks down under the complexities of planetary governance where, at any given moment, multiple seasons are always underway. It may be Spring in the Global North, but it is certainly Fall in the Global South. In like fashion, how do we focus governance dialogue in accordance with a theme without casting unintended shadows over other critical issues that may be in the throes of a different season? In 2021, Italy is host to two transnational governance processes that are different enough to have one theme very much in common – both are immersed in a season of change. 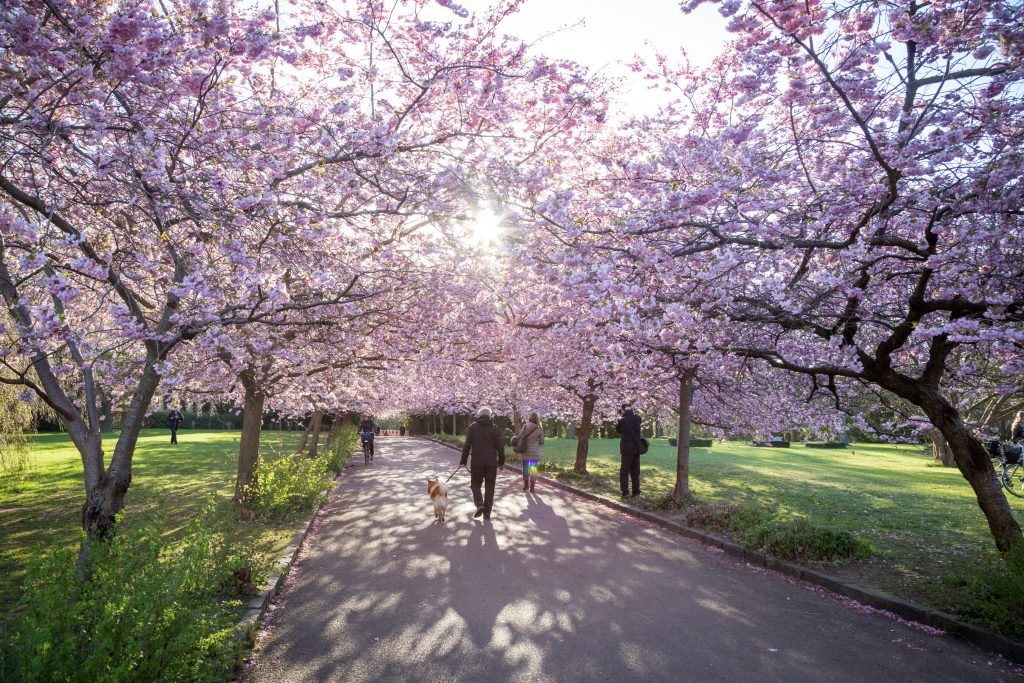 One of Italy’s governance processes is dominated by dialogue around healing from the COVID-19 Pandemic. Italy is host to the sixteenth meeting of the Group of Twenty (G20) leaders to take place in Rome on October 30-31, 2021. The Italian leadership anticipates these meetings to convene during a season of healing as G20 leaders progress in their vaccination race against the COVID-19 Pandemic. The 2021 G20 Rome Summit is the climax of intense work carried out within ministerial meetings, working groups, and Engagement Groups throughout the year. The Italian G20 Presidency has prioritized addressing the pandemic’s profound impacts on the health of humans worldwide within three broad and interconnected pillars of action: People, Planet, and Prosperity (G20 Italia 2021, n.d: Priorities).

Italy has also partnered with the United Kingdom to put climate change and biodiversity loss at the heart of the 26th Conference of the Parties of the United Nations Framework Convention on Climate Change (COP26) at a time when biological diversity and climate change indicate negative trends and a rapidly narrowing window for action to reverse these trends (Sutherland et al. 2021). The Italian leadership is working with international partners to advance action for four COP26 goals at a time when the United States has shifted from being a heavy-weight Paris Agreement obstructionist under the Trump administration to a leading advocate for its implementation under the Biden administration to avert catastrophic global warming (Lubber 2020).

Addressing the Urgent Needs of the Planet

Italy’s leadership is integrating their involvement in these two governance processes. When the Group of Twenty meet, they intend to discuss how to make the economic recovery from the COVID-19 Pandemic-related economic shutdowns more green and sustainable to help pave the way towards COP26 (UN Climate Change Conference UK 2021, n.d.). The Italian G20 Presidency has made it clear that addressing the needs of the planet is neither optional, nor a balancing act, but is a necessary condition to our common well-being, international peace and security, and our long-term survival on this “pale blue dot” (G20 Italia 2021, n.d.: Planet).

Although the G20 Interfaith Forum is not directly engaged with the path to COP26, the Religion and Environment Working Group liaisons prepared a series of interviews with five interfaith leaders representing diverse perspectives to bring attention to this very different season in global governance – COP26. This series of IF20 social media releases is meant to serve as an unofficial contribution to the Italian G20 Presidency’s “Planet” pillar on the pathway to Rome. We asked each of our five interviewees to provide short responses to six questions that were designed to bring attention to the different season associated with issues of climate change.

Before we begin, let me introduce you to each of our five speakers: Fletcher Harper, Jamie Williams, Katharine Hayhoe, Yoshinobu Miyake, and Lauren Williams.

The Rev. Fletcher Harper is GreenFaith’s Executive Director. A pioneer of the global religious environmental movement, he has helped catalyze religious engagement at scale in the fossil fuel divestment movement. He has led organizing for multi-faith turnout at major climate mobilizations, including the historic Peoples Climate March in New York City in 2014.  He is a co-founder of Shine, an international faith-philanthropy-NGO campaign that accelerates support and investment in women and community-led renewable energy access initiatives in Africa and India. He was an early leader and is actively involved in the Interfaith Rainforest Initiative, which is training and organizing diverse religious communities to protect tropical forests and the rights of their Indigenous guardians and which is particularly active in Brazil, Colombia, Peru, Indonesia and the Democratic Republic of the Congo.  An Ashoka Fellow and an Episcopal priest, he is the author of GreenFaith: Mobilizing God’s People to Protect the Earth (2015).

Jamie Williams is currently a Senior Policy Advisor with Islamic Relief Worldwide where he leads on the technical aspects of action on climate change.  Previously he managed a large scale teacher development project in Malaysian Borneo. He was education advisor for Save the Children in Middle East & North Africa, and then in Sri Lanka. He taught at the University of the South Pacific in Fiji and lived and worked in education in Egypt, Yemen, Oman, Hungary, Mozambique and Sudan. He graduated in psychology and sociology, and holds an Masters in Education from the University of Exeter, UK. He completed a master’s level course at London University on systematic reviews for policy and practice, and an advanced course in project impact assessment in Oxford. In the last year he has published a chapter on Islamic environmentalism and Muslim FBOs in Islam and International Development Insights for working with Muslim communities, the Islamic Relief’s report Adapting for Climate Justice, and the lead article in Humanitarian action in the era of climate change for EU-Voice.

Katharine Hayhoe is an atmospheric scientist who studies climate change, one of the most pressing issues facing humanity today. But Katharine may be best-known to many people because of how she’s bridging the broad, deep gap between scientists and Christians – work she does in part because she’s a Christian herself. She’s been named by Christianity Today as one of their 50 Women to Watch, she serves as the World Evangelical Alliances’s Climate Ambassador and as the science advisor to the A Rocha USA, the Evangelical Environmental Network, Young Evangelicals for Climate Action, and she currently hosts the PBS digital series, Global Weirding: Climate, Politics and Religion.

Rt. Rev. Yoshinobu Miyake was born in 1958 into a well-known family of Shinto priests in Osaka, Japan.  He studied at Doshisha University in Kyoto and at Harvard University.  He took on important leadership roles in his Konko Church as Superior General.  For the past four decades he has been active worldwide in the interfaith field, such as Religions for Peace and the International Association for Religious Freedom (IARF).  In 1997 he established RELNET Corporation, whose website publishes widely on religion-related matters in Japanese.  He is serving as Chair of the Board of International Shinto Studies Association.  He Chaired the Steering Committee for the G20 Interfaith Forum 2019 in Kyoto and has published many books in Japanese.  Most recently, he was appointed the Director General of the United Nations Association in Kansai.

Lauren V. Williams is originally from Chicago and is a student at Yale University. She is a co-President of the Yale chapter of Students for Carbon Dividends, a bipartisan coalition of students united in the pursuit of climate action in the United States. Students for Carbon Dividends advocates for a tax on carbon emissions; these tax revenues would be redistributed to the American people in the form of a dividend. Williams was a part of the team that assembled and published The Student Government Leaders’ Statement on Carbon Dividends. It is the largest statement of support from student leaders in history. Over 400 leaders, representing 4 million students, from all 50 states in the U.S. endorsed the plan. Williams has represented the organization in interviews with FOX5DC, at the Uniting Action for Climate from the Left and the Right Conference, and in Congress. Williams also founded The Young Vote in 2020, a nonpartisan organization dedicated to educating young people about the voting process. In the aftermath of the election, Williams publishes regular op-eds about the political sphere. Her goal is to expand her organization to publish more Gen Z perspectives and increase civic engagement amongst young people.

We have organized each of our respondent’s answers into question playlists so that listeners can thoughtfully reflect upon the diverse perspectives that are offered back-to-back. Click on each question to view the playlist.

Question 1: On Dec. 2, 2020, UN Secretary General Antonio Guterres said that humanity is waging a suicidal war on nature. What are your thoughts on his assessment?

Question 2: For a variety of reasons, the COVID Pandemic being but one of them, the Italian presidency for the IF20 is emphasizing healing. This sets a tone for dialogue that may be more suitable to initiatives and recommendations, than demands. If you were given an opportunity to engage in dialogue with the G20 leaders about climate change, what approach would you take and why? Initiatives, recommendations or demands?

Question 4: In relation to climate change, what message do you have for the G20 leaders, and why? What do you think that the G20 might be uniquely placed to do in this area?

Question 6: From your perspective, what is the biggest barrier to implementing the Sustainable Development Goals, and what can your network – faith-based or otherwise – do to address it?

We hope that listening to the playlist linked to each question will expand your understanding of the complex times we live in and motivate your support for, and appreciation of, diverse governance strategies in a rapidly changing world.

Sherrie M. Steiner, PhD, is assistant professor of sociology at Purdue University Fort Wayne. Dr. Steiner’s research focus is on religious soft power, environmental sociology and improvement of public health. This research is conducted transnationally in relation to the G20 Interfaith Forum and at the community level through collaborative relationships with public not-for-profit organizations. Dr. Steiner teaches courses on religion, development, social movements, and the environment.