On Tuesday, April 20th, the G20 Interfaith Forum partnered with the African Consortium for Law and Religion Studies (ACLARS) in a joint webinar focusing on “The Role of Religion and Faith-Based Communities in the African COVID-19 Response.” Panelists included Dr. Esha Faki Mwinyihaji, Faculty Member at Maseno University, Kenya; Ambassador Carlos Dos Santos, Ambassador of the Republic of Mozambique to the United States; Ramsey Day, Former Assistant Administrator of the Bureau for Africa at USAID; Sister Barbara Brillant, Dean of the Mother Patern College of Health Sciences, Liberia; and Rahma Gulam, Acting Executive Director of Muslims for Human Rights, Kenya.

The event highlighted the wide range of responses to the pandemic across the continent, looking specifically at how lessons learned from past health crises in Africa have been applied to the global pandemic, and what role religion and faith-based organizations have played (and could continue to play) in the crisis. Panelists spoke frankly about the failures and victories of different efforts throughout the continent, pointing toward responsibilities and possible actions to improve those efforts moving forward. The health and infrastructure-based discussion closely aligned with G20 concerns, foreshadowing issues that may prove central to the respective G20 Summit and G20 Interfaith Forum meetings in Italy this year. 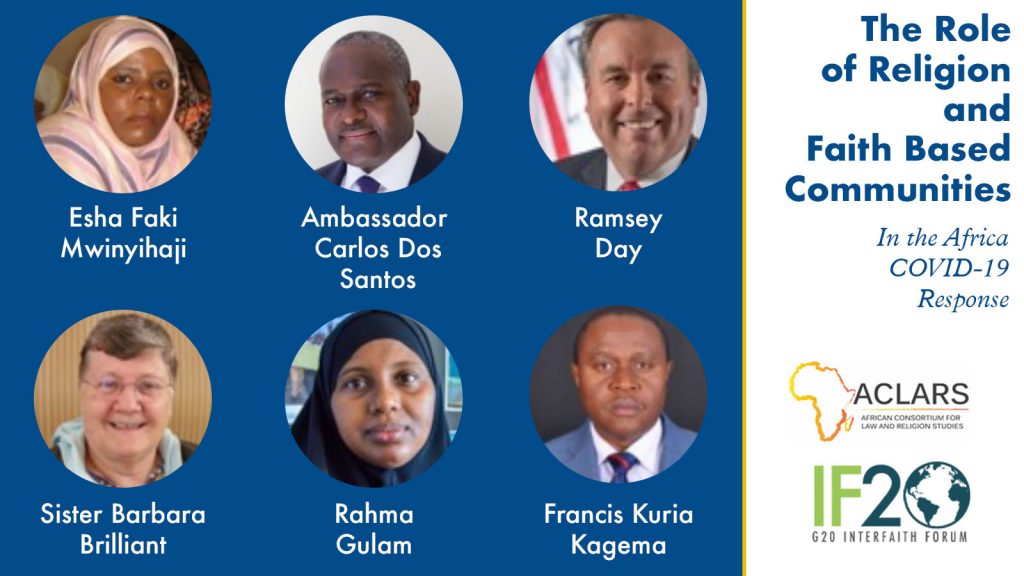 Dr. Esha Faki Mwinyihaji acted as moderator for the discussion and welcomed all participants, introducing the speakers and the importance of the issue at hand.

Ambassador Carlos Dos Santos focused his remarks on various aspects of Mozambique’s response to the COVID-19 pandemic. He emphasized that in addition to the obvious health crisis presented by the pandemic, which put relatively weak health systems throughout the continent to the test, the economic and social impacts of COVID-19 in every country in Africa have been monumental.

Mozambique began preparing for the pandemic before they even had a confirmed case of COVID-19, putting together civic and scientific committees, looking at what needed to be done, and planning to assist the country’s most vulnerable, which “almost doubled in number during the pandemic,” especially as numbers surged to all-time highs during January and February’s “second wave.”

Dos Santos praised the efforts of religious organizations in partnering with the government to disseminate information, promote civic education, and show by example what needs to be done:

When a priest or an imam or a sheikh wears a mask or uses hand sanitizer, that makes an impact in their congregation, helping the country as a whole.

Ramsey Day drew on his experiences with USAID during past major health challenges in Africa:

The faith community has not only been critical in the past, but that importance is only increasing. It’s no secret that there are major health challenges across the African continent—not just COVID, but also its ripple effects with HIV, malaria, and tuberculosis. People are struggling to get treatment, and we won’t be successful in regaining the losses we’re experiencing without robust engagement from faith-based organizations.

He emphasized three aspects of faith-based organizations that are critical in every health or humanitarian crisis:

Sister Brillant referenced her experiences as the Dean of a college of health sciences, watching the lack of response to the pandemic in the students and staff around her:

Right now, COVID is a totally different story than it was with Ebola. In Liberia, people don’t see others dying, so they don’t believe it. And if somebody doesn’t believe something is a threat, they aren’t going to respond.

She spoke of a general lack of precautionary measures in Liberia (which has remained relatively unscathed throughout the crisis), along with a lack of political will with vaccines, postponing rollout and increasing vaccine hesitancy. Based on the attitudes toward the crisis she has seen around her, Sister Brillant predicted that encouraging people to take the vaccine throughout some African nations is going to be a struggle. 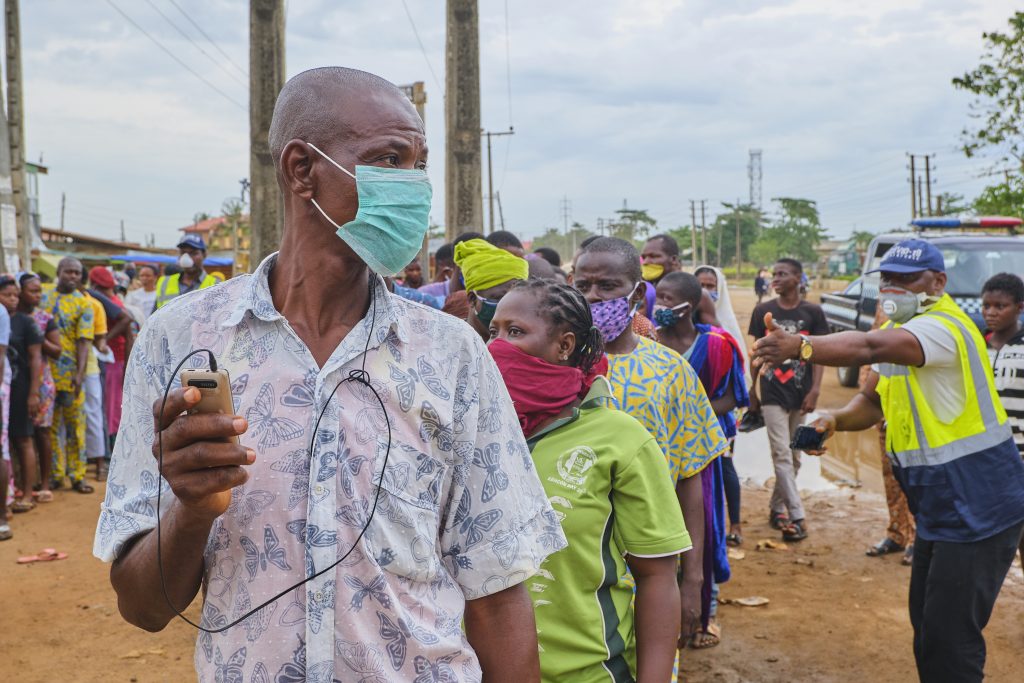 Rahma Gulam Abbas focused her remarks on patterns in society and infrastructure throughout Africa which have exacerbated the crisis in Kenya, one of the countries that has been hit hardest by COVID-19.

She said they were less prepared to respond to healthcare emergencies, with weak healthcare systems and one of the lowest capacities for critical and intensive care in the world. In addition, there has been significant pushback from communities where social and religious gatherings are banned, and the halting of business activities has made the poor even poorer—increasing pushback.

Due to poor infrastructure, many vaccine doses are going to waste during transport, etc. There are huge logistical challenges in keeping things cold, getting two doses done—along with low availability of the vaccine in the first place, which is further complicated by geopolitics and dependance on other countries with larger economies.

She emphasized the need to end the “blame game” currently being perpetrated between religious and political leaders by inviting religious actors to the table and getting their assistance in spreading effective information, tailored for community structures.

After a short Q&A session looking at different levels of response, relationships between religious actors and governments, and strategies to build trust, a few speakers offered closing remarks.

Ambassador Dos Santos called the frank discussion an “eye-opener,” emphasizing the need to continue to collaborate and find ways to contribute to a better future:

I think this pandemic is a test of our humanity, and when it is gone, we will be judged by what we have done to assist the most vulnerable. And religious organizations have been a great example of that.