I suspect the existence of a hitherto unarticulated natural law, in the vein of “no good deed goes unpunished.”  It would read “no planned break goes uninterrupted.” To wit, pandemic or no pandemic, and thanks to the good offices of Zoom technology, the past year has been amongst the most demanding of the past decade.  By April of this year, it was time for a break.

However, within hours of conveying my regrets for two weeks’ worth of upcoming meetings, I found myself becoming intimately reacquainted with the Canadian healthcare system. With the customary unexpectedness of such things, I experienced one of those medical anomalies that demand address and redress.

In the space of six days, I enjoyed the attention of a host of physicians: a GP, a cardiologist, and four neurologists, including a department head.  They were supported by four skilled and exotically equipped radiologists and an indeterminate number of hematologists and nurses. One hospital sleepover was required.

For those who may be wondering, medical expertise has determined that this was a President Eisenhower moment, important but not entirely urgent.  Medication and monitoring is in order for the foreseeable future. 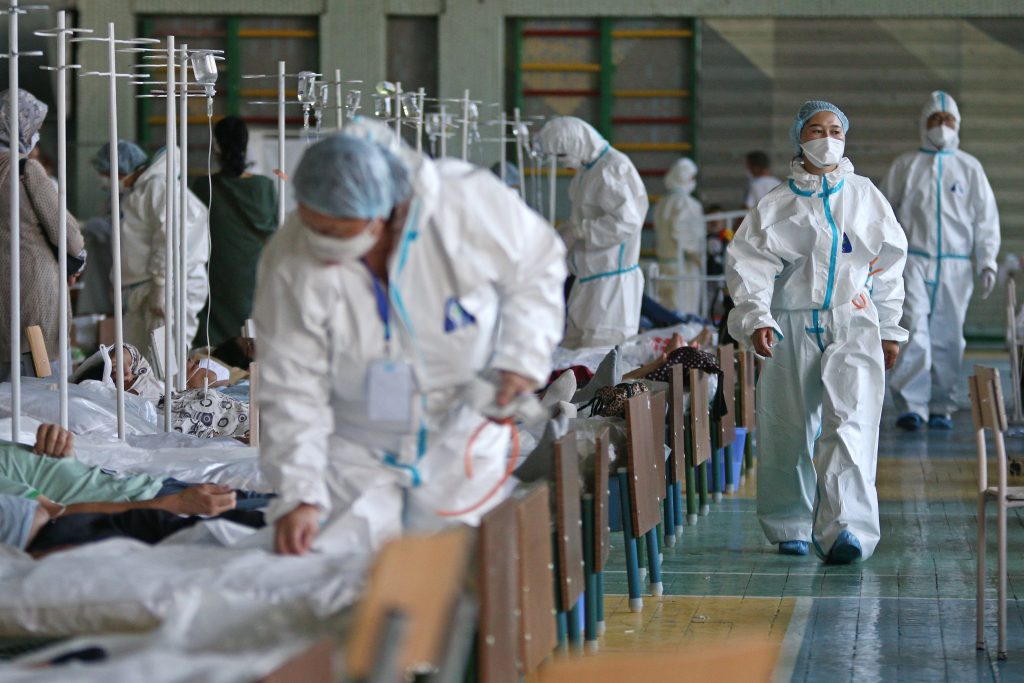 Now back to my story.  The pandemic has meant that doctors’ visits are accomplished by phone; a designated Zoom-like video consultation; or patient waiting in emergency wards and urgent care units.  Mine was concentrated in this last.  For some 36 hours spread over a week, I enjoyed the hospitality of several of these units.  I have no complaints.  Granted, a couple of these facilities are beginning to show signs of age and wear, but then so are many of us.

Scenes from a Waiting Room

So, I read, browsed Netflix on my iPad, and most entertaining of all, watched people come and go: both staff and patients.  I am very pleased to report that during my sojourning in these discreet but interconnected facilities, I saw only courtesy, care and warmth.  These were offered to all comers, regardless of race, rank, or religion.  The staff were easily as diverse as the patients.

Tragically, there are exceptions to this rule, and I know of several too horrific to countenance. These occur across Canada, most especially in communities which are highly racialized, and in communities where the Indigenous population, both urban and rural, is concentrated.  Canada is no more free of racial bias than any other country.

But over those several days, each person seeking help was greeted warmly and with a minimum of paperwork.  Each of us was asked, “Tell me, what brings you to see us today.”  This, of course, applied to ambulatory sufferers.

The Privilege of Having the Doctor “In”

This is how things should work: in Canada and around the world.  It was not always so. I remember Canada before the institution of public healthcare. I remember the vicious and acrimonious Saskatchewan doctors’ strike of the early 1960’s.  Then-Premier Tommy Douglas, today reckoned our “Greatest Canadian,” held firm against a for-profit model of healthcare by medical practitioners against the social medicine proposed by Douglas’ New Democratic legislation.

For us, the doctor is almost invariably in.  The exceptions are egregious and dwindling.

But as to whether this mutual societal care is sustainable in Canada, or anywhere, the jury is out.

A Vision of Global Community

To borrow from (and add to) Abraham Lincoln in his November 1863 Gettysburg Address, “We are engaged in a great struggle against a terrible pandemic, testing whether any society can survive such an epic, global struggle.”

The forces ranged against a vision of global community are formidable.  They include those who, like the late English Premier, Margaret Thatcher, are convinced “There is no such thing as society.”  For such, acquisitiveness is the only standard. They include those who espouse a narrow nationalism and populism which is essentially exceptionalist and supremacist in nature. And, as always, it includes those too intellectually lazy to think seriously about the world for which we are all responsible.

For me and my house, as Joshua, the Prophet of Israel might say, I cleave to a prayer of the Reverend J.S. Woodsworth, Methodist minister, teacher, and founder of the Co-operative Commonwealth Federation, today’s New Democratic Party (NDP):

We are thankful for… all the good things of life. We recognize that they are a part of our common heritage, and come to us through the efforts of our brothers and sisters the world over. What we desire for ourselves, we wish for all. To this end, may we take our share in the world’s work and in the world’s struggles.