“Behind every great fortune, lies a great crime.”  -Honoré Balzac

On July 1st, Canada marked 154 years as a nation state, discrete from Great Britain. But the day was, perhaps for the first time in our history, fraught.

Dramatic mass protests were staged across the country. In Winnipeg, the city dubbed The Heart of the Continent, statues of Queen Victoria and Queen Elizabeth were vandalized and toppled.  In the prairie city of Saskatoon, scarlet palm prints, both adult and children, were stamped across the doors of the Roman Catholic Cathedral. In the weeks leading up to Canada Day, six Roman Catholic churches were set ablaze. Vigils have become normative from coast to coast to coast.  And nation-wide, a debate was launched as to whether Canada Day 2021 should be celebrated at all. 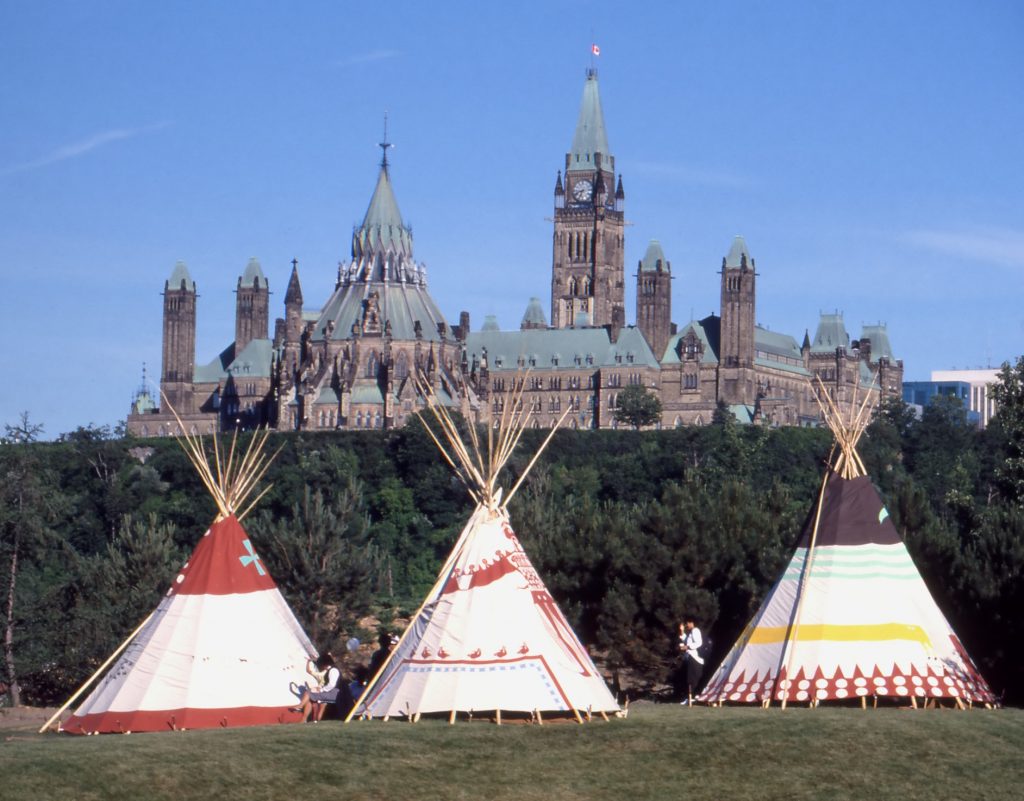 A Crime Against Humanity

A day of reckoning had dawned.  From the end of May and throughout June, the people of Canada had been shaken to the core.  To the horror of most, but to the surprise of few, what lies beneath the surface topography of courtesy, ice hockey, and civility, there lies a dark secret: a crime against humanity of staggering proportions.

From Confederation on July 1st, 1867, until the 1990’s, successive Canadian governments abetted by four Christian denominations embarked on a cultural genocide against our own Indigenous Peoples.  A Truth and Reconciliation Commission (TRC, concluded in June, 2015) heard the testimony of thousands of survivors and witnesses of the events surrounding the so-called “Indian Residential Schools.”  Children were torn from their families and communities; separated from their siblings; and scattered across the country to government-mandated and mostly church-run residential schools.  The children, as young as four years old, were abused in every sense of the term.  All too often, they disappeared.  The agenda?  “To take the Indian out of the child.”  The unspoken goal?  To destroy Canada’s First Peoples.

The TRC had heard stories of deaths and unmarked graves. The Canadian government side-stepped all. Until this Spring, when what lies beneath was revealed.

In late May, the Tk’emlups te Secwepeme First Nation, in the Province of British Columbia, employed ground penetrating radar to reveal the remains of 215 bodies in unmarked graves on the grounds of The Kamloops Indian Residential School.  By the end of June, more than 1000 graves, mostly childrens’, had been discovered across the Provinces of B.C., Saskatchewan, and Manitoba.

Balzac, Proust, Delderfield, and De La Roche all chronicled the complex lives of great families over time. Balzac’s observation that behind every great fortune lies a great crime applies equally to nations as to families.

Canada’s great good fortune is the envy of much of the world. But beneath that good fortune lies a very great crime. The evidence has barely begun to emerge.

It is a chancy thing to cast blame on our predecessors. Would any of them, from founding Prime Minister Sir John A. MacDonald, have anticipated the wholesale torture and murder of children? Of course not. Yet, that is what ensued.

I have often spoken and written of Canada as a laboratory dedicated to learning how to live together while building a nation; while building a world. And so, it is. And as in every laboratory, mistakes are made and accidents happen: some tragic.

In 1939, at the zenith of German National Socialism and on the eve of World War II, a Canadian immigration official was asked how many Jewish refugees should be admitted to Canada. His response?  “None is too many.” The consequence? 6,000,000 murders.

During that same war, Canadians of Japanese lineage were torn from their homes, dispossessed, and interned in mountain camps in the interior of British Columbia. They were condemned without evidence and without provocation.

Shortly thereafter, appalling ignorance on the part of Canadian officials oversaw the internment of Nazi POW’s in home-made concentration camps, side by side with Jewish refugees from Nazi Fortress Europe.

A Time for Reckoning

Would that Canada were alone in harbouring such terrible secrets. But we aren’t.

The reckoning is coming. For Canada and the world, this was not good enough.

It is not good enough.

It will never be good enough.

Not in Canada. Not anywhere.

All our religious and spiritual traditions might join the Jewish world and say, “Thus saith the Lord.”

And whatever our religious and spiritual traditions, we had all better learn to say “Amen.”