Given the time of year, this reflection in the first instance may be of particular interest to Christian readers: but by no means exclusively.  Perhaps it is best just to begin, and we shall see where we end up.

In the Western tradition of Christianity, Christmas, the Feast of The Nativity of Jesus, is a matter of days away: December 25th.  There is neither biblical nor historical basis for the choice of the date. Rather, it marks the now vanished birthdate of the almost forgotten Roman military cult deity, Mithras.  Best set that aside.  Christmas is, by and large, much loved by Christians of all stripes. A noticeable exception was the late and almost entirely unlamented 17th century regicide and Lord Protector of England, Oliver Cromwell; who appears to have been not much in favour of fun.  Much loved also are Christmas’ cultural accretions, notably the 4th century Turkish Saint Nicholas, aka Santa Claus. 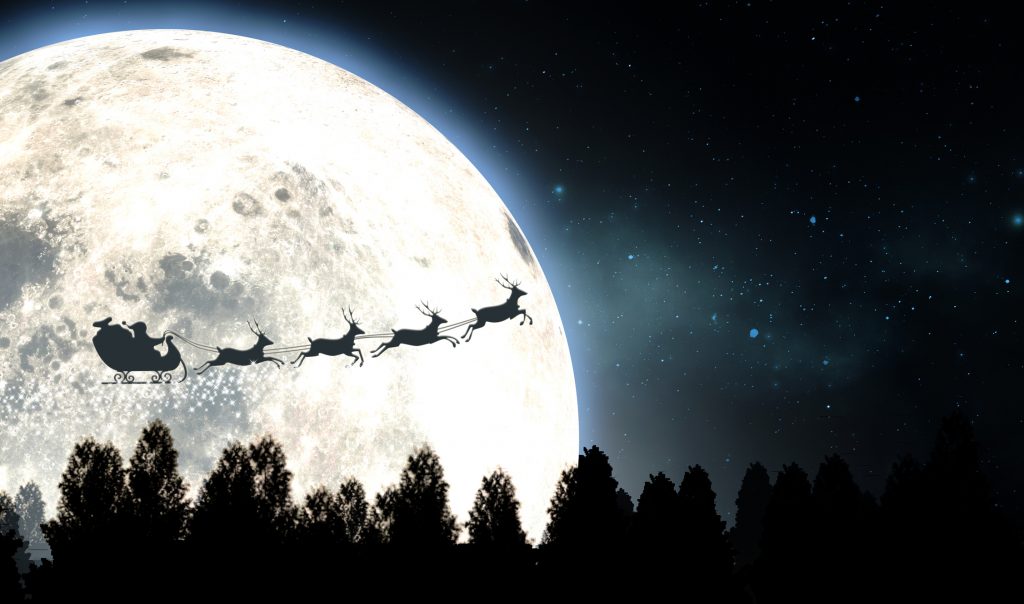 Nothing useful can come of these notes unless it is clear from the outset that I believe in Santa Claus.  This firm conviction is grounded in family tradition.  It’s like this…

Almost a century ago my Uncle Frank, the eldest of the brood, returned one day from school gleefully bearing a shocking revelation.  Some children in his class had advised him that there was no Santa Claus.

Demonstrating an entirely uncharacteristic disposition to the art of diplomacy and the practice of discretion, Uncle Frank decided to consult his father, my Grandfather, before divulging this myth-shattering announcement to his siblings.

According to later revealed legend, my Grandfather listened with rather more than his usual patience, nodded gravely, and then replied in the broad North Country dialect employed by him and my Grandmother when discussing only the gravest of grave issues: “Oi see,” he said, “Well Frank, oi’ll tell thee this: them that don’t believe, don’t get.”

I am led to believe that nothing further was said on the matter.  Ever.  By anyone.  For me, as you might imagine, the story has a certain hereditary charm.  But permit me to suggest that much more than mercenary or commercial interests were at work.

The foundational issue is the nature and meaning of ‘belief’.  In my experience, most persons of faith, and those outside faith traditions, conflate the concepts of belief and intellectual assent.  In Christian terms, the Latin Credo ‘I believe’, is employed in core statements of faith, that is to say, creedal formulae.

I am not persuaded that, in his advice to my Uncle Frank, my Grandfather cared a whit for intellectual assent to the proposition that Santa exists in temporal reality.  Rather, my Grandfather was employing ‘belief’ in the manner of the late scholar of McGill and Harvard renown, Wilfrid Cantwell Smith.  In his generation, Cantwell Smith was regarded as the world’s leading scholar of Islam, outside of Islam.

Professor Smith insisted that his students employ the term ‘belief’ in its antique Anglo-Saxon meaning: not intellectual assent to a proposition, but rather ‘to take to heart’.

I ‘believe’ in Santa because I love the jolly old elf and all the stories about him.  Of course, the risk is that one can ‘believe’ in some pretty awful stuff.

As a Christian, and a Christian minister at that, I believe the Gospel, not because I can demonstrate historical accuracy in every particular, but rather because, I love the Gospel.

My grandfather was trying to teach my now long-departed Uncle Frank that nothing would come of Christmas unless Frank loved it.

The Heart of the Matter

Permit me to suggest that any and all of our religious convictions live and change lives only in so far as we love those convictions.  Demonstrated historical data and credible intellectual assent are a bonus.

The heart of the thing, pun intended, is love.

I am always delighted, even thrilled, when in the midst of multifaith dialogue, I glimpse, sense, touch something of the love my neighbor has for her or his faith.  In Istanbul, during the 2015 iteration of the Interfaith Forum, it was the whirling of the Dervishes that moved me most profoundly.  The elegant, passionate dance seemed to come right from the heart of Islam.

As we learn to open our hearts to one another, everything else will, “as the night the day”, follow.