1957: The year General Motors released one of the loveliest and most celebrated production automobiles of the 20th century – the ’57 Chevy.  In September of 1957, I started school.  In October of that same year, the USSR launched Sputnik, the first space satellite, into orbit.

Overnight, the “Space Race” was on steroids.  Model spaceship cutouts appeared on the backs of cereal boxes.  Eyes surveyed October Skies hoping for a glimpse of strange pulsating lights in the velvet darkness.  School curricula were overhauled.  Maths and Sciences became the disciplines du Jour.  Anxiety was in the air.  Clearly, ‘their’ German rocket scientists had the jump on Werner von Braun and ‘our’ German rocket scientists.

I took, of an evening, to descending the gloomy basement stairs and lighting up the gigantic wall-sized freestanding radio, banished below stairs since the arrival of the near magical television usurping its place.  Through a storm of static, I would struggle to follow the adventures of Tom Corbett, Space Cadet. It was not long before The Adventures of Tom Swift Junior filled my leisure hours with wonder.  They still occupy a shelf in my library.

Subliminally, I was aware that more serious issues were at stake.  Like many, if not most, of my generation, the October 1962 Cuban Missile Crisis was as sobering as the Kennedy assassination a year later.  As The Canadian Confederation celebrated its Centennial in 1967 with the iconically futuristic World’s Fair, “Man and His World,” the Soviets and the Americans signed the Outer Space Treaty.  This rare moment of sanity in the madness of the Cold War prohibited the deployment of nuclear weapons beyond Earth’s atmosphere.

In July 1969, Neil Armstrong walked—well, bounced really—across the surface of the moon.

Throughout, high school teachers everywhere assigned debates on whether Space was worth the cost and the effort.  I recall passionate rhetoric on the merits of Teflon, Velcro, freeze-dried food and beverages, and ballpoint pens.  Nearly a lifetime later, how naively moot it all seems. 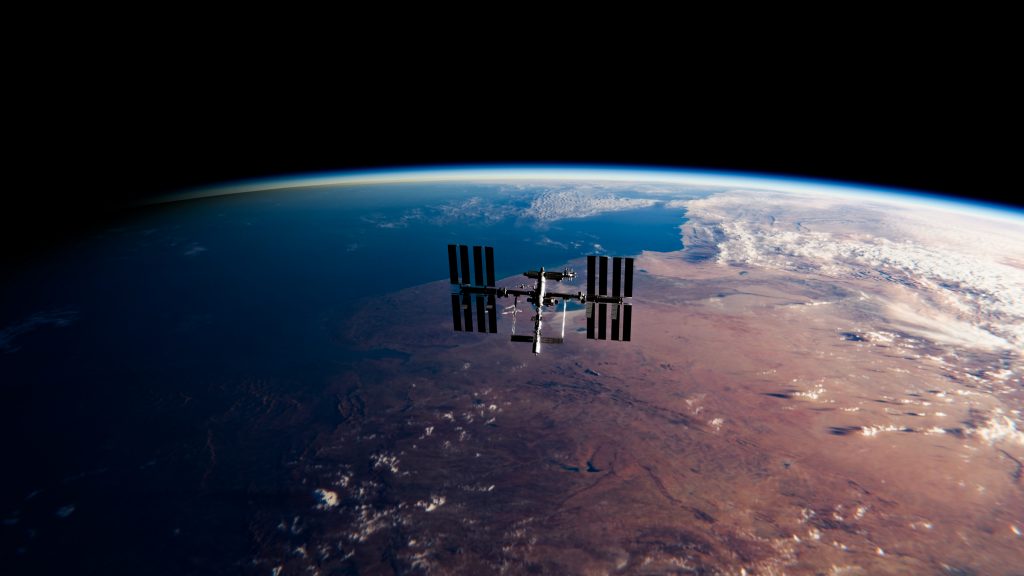 The ‘Space Age’ We Live In

In 1960, our adventures in orbit were a curiosity; a romantic sideshow to the everyday.  In 2020, our engagement in space has become central to human existence.  In essence, our virtual world lives in the vacuum of space.

Communications, commerce, life-preserving weather forecasts, critical medical data transfers, the smart phone you live on: all these and far more depend on our public and now private management of “spatial relations.”  From the ridiculous to the sublime, space flight and space stations and space satellites are once again at the forefront of our consciousness.  I leave you to decide into which category, the sublime or the ridiculous, some or all of these initiatives fall:

It has become difficult to tell the players without a score card.  Project Ploughshares, the Peace Research Institute of the Canadian Council of Churches, developed such a score card some years ago.  It is the Space Security Index. The Index is indispensable to anyone deeply concerned or even idly interested in what in heaven is going on up there.  You may learn more on the Project Ploughshares website.

So, what shall we make of all this?  If anyone still wonders if our tentative steps into the Universe beyond Earth’s borders are significant, that spaceship sailed long ago.

“Considering the Heavens” as People of Faith

For the scientifically-minded, the benefits of the extra-planetary exercise are self-evident.  For the spiritually inclined, often (and quite properly) more inwardly-focused and neighbour-directed, it’s rather more complicated.

But, “considering the heavens,” the works of “God’s hands” is our province too.  Just ask the Psalmist.

Insofar as we are all children under one sky, the immediate heavens must concern us as being critical to the future of our one planetary home and our united humanity.  Perhaps space is an aspirational adventure with lessons to teach us about the solid ground we walk on.  Perhaps the wonder the heavens instill in so many of us may spark an even greater wonder as to what it’s all about.

Surely, we might at least devote one panel in Bologna in September to the theme of our celestial backyard.  Whether we meet in person, pandemic permitting, or by the fruits of space technology in an increasingly virtual world, it behooves us all to get to know our own and collective space.