The day ought to have been dedicated to the routine post-election business of The United States Congress.  But scarcely had the work begun than the Session was interrupted by what has been rightly labelled as ‘violent insurrection.’  Several tense hours later, after the violence left four dead, Congress reconvened to conclude its Constitutional obligation to confirm the Electoral College’s decision that Joseph Robinette Biden, Jr. would be sworn in as the 46th President of The United States of America on January 20, 2021.  It was a heartening display of the resilience of American democracy.

In the House of Representatives, Speaker Pelosi, a self-declared person of faith, noted to her colleagues that the unhappy day was, as historically intended, Epiphany in the Western Christian liturgical calendar. 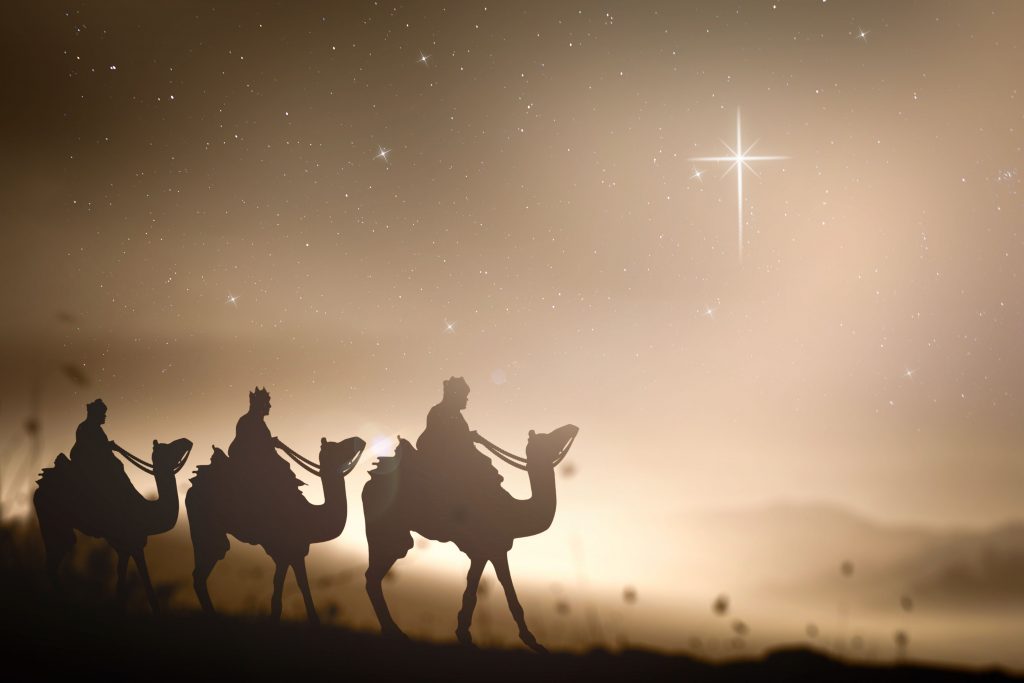 Epiphany traditionally marks the moment at which the Three Wise Men of story and song, having followed a star (or planetary conjunction, or comet, or whatever), caught up to the infant Jesus of Nazareth.  The feast is based upon a minimal and marginal text taken from the Gospel according to Saint Matthew in the Christian scriptural cannon.

The majority of Christians, at least in North America and Western Europe, are largely familiar with Epiphany courtesy of the greeting card industry.  We know very little of the Magi save that they were quite probably Zoroastrian astrologers from the Aryan Highlands of Persia, today’s Iran. They are the subjects of countless legends and colourful embellishments.  Their theological purpose is to be the archetypal narrative employed to explain how a Jewish regional prophet, teacher, and healer—one Jesus of Nazareth—has universal, nay, cosmic significance.  In their visit to the Holy Family, that which was hidden was revealed: an epiphany.

But TS Eliot in his ‘Journey of The Magi’ offered a distinct twist to the tale.  There was no Lawrence of Arabia romance for Elliott.  He wrote:

A cold coming we had of it,

Just the worst time of the year…

This: were we led all that way for

Birth or Death?  There was a birth, certainly…

I had seen birth and death,

But had thought they were different.

Elliott’s Epiphany is more resonant with the original, shrouded in mystery as it is, than the Hallmark version.  It is also, sadly, congruent with Epiphany 2021.

There was death—not only the deaths of four people.  A certain kind of naïveté about the sanctity of the Capitol was also a casualty.  Complacency was trampled by mob violence.  Certain illusions are on life-support.  These are almost certainly positive things.  “Enough is enough is enough,” thundered President-Elect Biden.  He is right.  Some outlooks and attitudes must die if there is to be a birth of something new and better.

So, what did happen on this contemporary Epiphany?

As the world watched, several thousand mostly white, mostly male, entirely angry American citizens stormed and violated the seat of their own government.  They were violent, vicious, vindictive, and destructive.  That is what mobs are.  They were brutes; they were bullies; and they were reprehensible.  They were also, by every meaningful definition, our neighbours—in the sense that our religions teach.

The Fault in Ourselves

America is a nation that champions Hope – and thank God for that.

Let no one, anywhere, anytime, be smug about these tragic events.  Such things can, and have, happened everywhere,

The insurgents and those who appear likely to have both incited and abetted them – politicians, police, ‘pundits’ – are but symptoms.  The fault, to borrow from Hamlet, lies not in our stars, nor in our neighbours, but in ourselves.  The faults and failings of the January 6th villains are human faults and failings.  They are not to be excused in any of us.  Anytime, anywhere.  We had better begin to own those faults and failings as a human community, else we will be doomed to bear them until the last star is extinguished and only the cold winds of space remain.

Last Spring, as the COVID-19 pandemic hacked into our lungs and our lives, Nobel Laureate Arundhati Roy called humanity to recognize this moment in history as a portal.  Through this portal, the world might pass, dragging its baggage and detritus into yet another cycle of racism, economic oppression, and militarism:  in short, despair.  Or, humanity might pass through this portal into a new world.  Alfred, Lord Tennyson, yet another poet and dreamer, declared that it is never too late to seek a new world.  It seems that Mr. Biden is of the same mind.  Time for us to get a move on.  We’ve just had another Epiphany.