Religious leaders do not like their faith traditions to be used for outside purposes, especially by the state, so if you find yourself bristling at the title of this post, you are in good company. The special revelations of religious traditions take the form of sacred texts that are intended for inspiring and guiding faithful followers, and yet history is replete with instances where religious references get used in political discourses to instrumentalize religion for political ends.

The instrumentalization of religious discourse in the practice of politics may be intentional or unintentional, serving to decrease or increase a state’s fragility (Khatib 2015). In any case, however, practices that push religion into the political domain may put the authenticity, legitimacy and credibility of the instrumentalized religious tradition at risk (Khatib 2015). 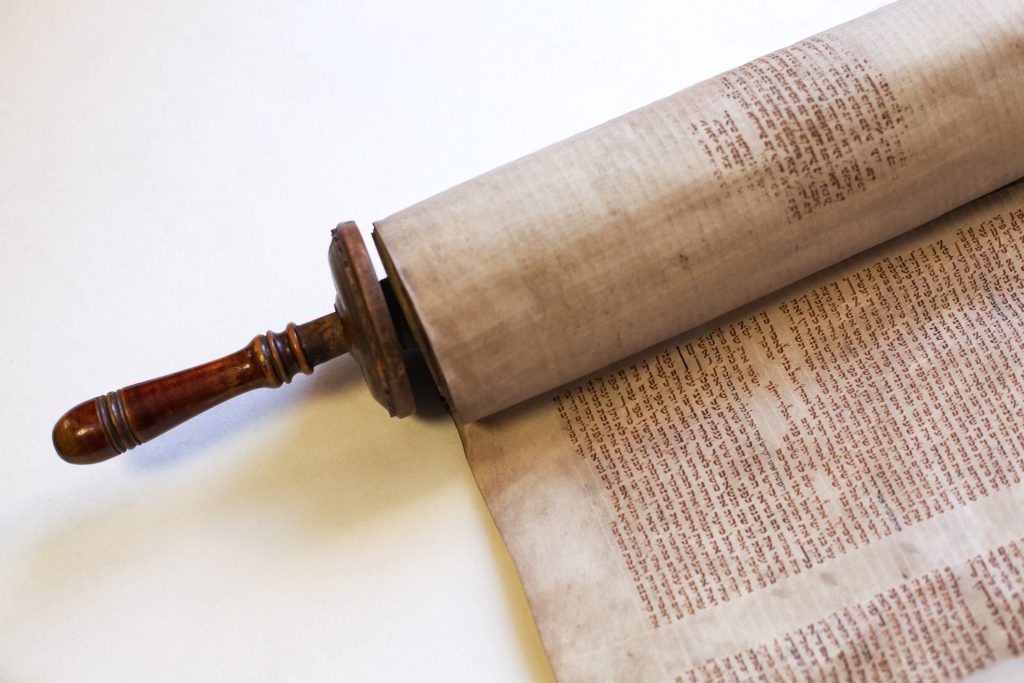 Throughout the last decade, international multifaith scholars and writers convened for an ambitious project that resulted in a book entitled Seven Testaments of World Religion and the Zoroastrian Older Testament. In the book, the core sacred texts of the world’s seven major religions : The Torah (Judaism), the Gospels (Christianity), the Qur’an (Islam), the Tao Te Ching (Taoism), the Analects (Confucianism), the Dhammapada (Buddhism), and the Bhagavad Gita (Hinduism) are opened side by side, with none having priority or prejudice over the others. As a work that is potentially seminal to the interfaith world, Seven Testaments focuses on the underlying themes beneath every religious tradition, presenting the sacred texts not “in isolation, but in conversation.” This past UN Week for Religious Harmony, the book was presented to the world and discussed at length in a special interfaith conference sponsored by the UN Association in Canada, Religions for Peace International, and others.

Now that the Seven Testaments are being released to the public, they will begin to culturally function as a religious symbol or sacred text in and of themselves. The symbolic meaning of the Seven Testaments will function somewhere along a fluctuating spectrum from social cohesion to social control. They may help build – or disrupt – community ties. They may be used to justify or undermine policing by the state. Groups responsible for placing copies of Seven Testaments in public places may act out of a desire to build communities and strengthen social cohesion—i.e. by placing copies of Seven Testaments in airport chapels—but once a cultural symbol comes into being, it becomes a social force unto itself, developing meanings over which people have limited control. Time and time again throughout history, religious symbols have been co-opted by state actors to achieve their own political ends.

Sacred texts were recently instrumentalized in a high-profile situation in the United States. Two of the Three Testaments – Torah and Gospel – are embroiled in a controversy over racist double-standards for policing at the U.S. Capitol (Capps 2021). As I am sure you are all aware, on January 6, 2021, an unruly mob of former President Donald Trump’s supporters stormed the U.S. Capitol in an effort to interfere with the results of the presidential election. The police were not only severely underprepared—putting the lives of those who protected the Capitol at great risk—but in a few instances, they actually welcomed and encouraged the rioters.

However, six months earlier, on June 1st, 2020, when crowds gathered in largely peaceful protests over the issue of George Floyd’s death and the Black Lives Matter movement, 289 people were arrested and federal law enforcement officers used tear gas and other riot control tactics to forcefully clear peaceful protesters from Lafayette Square so that then-President Trump could hold a Bible photo-op in front of Ashburton House (the church’s parish house) at St. John’s Episcopal Church. While it is true that the parish house had been damaged by graffiti and fire during protests the night before (Barnes 2020), then-President Trump’s actions angered many American religious leaders—including Washington’s Episcopal Bishop Mariann Budde, who said on the public radio station NPR that “[Trump’s photo-op] was traumatic and deeply offensive, in the sense that something sacred was being misused for a political gesture.”

When we talk about religion as “soft power” at the United Nations, we are referring to a new form of transnational, interreligious diplomatic engagement—with governance officials taking responsibility for meaning-making activities, public policy development, humanitarian assistance, and identity-based issue management in the contemporary international system. “Soft power” is a term that Lloyd Axworthy made a centerpiece of his diplomacy when he served as Minister of Foreign Affairs for Canada (Wallace 1998). Harvard Political Science Professor Joseph Nye Jr. went on to popularize the term in the 1990s, defining “soft power” as the ability to persuade through culture, values, and ideas—as opposed to doing so through the use of coercion. Axworthy was a “devotee of Nye’s writings” and drew upon them to develop a “soft power bloc” as a Canadian strategy appropriate to the information age that could complement the traditional “hard power” of military and economic might (Wallace 1998). Religious soft power is influential for how it shapes the preferences of others through appeal and attraction (or repulsion, as the case may be) (Blakemore 2019; Seib 2013).

In the context of the United Nations, greater harmonies between systems of religion and diplomacy are possible when there are overlapping values, principles and norms (Blakemore 2019, 22). To the extent that the presence of the Seven Testaments reinforces a cosmopolitan religiosity that is more diverse and inclusive – decentering the hegemonic dominance of any single major world religion—the Seven Testaments has the potential to strengthen social cohesion of the global community.

If, however, the Seven Testaments – by nature of what is excluded from its contents – is co-opted to replace regional religious monopolies with transnational elite religious oligopolies, it could unintentionally be used by less scrupulous actors to legitimize human rights violations and discrimination against religious minorities. Most of us are familiar with the Pew Research Center’s Forum on Religion and Public Life estimate that 84% of the 2010 world population is religiously affiliated (Pew Research Center 2012). Rev. Dr. Brown estimates that the Seven Testaments includes the sacred texts of about 85% of the global population (Pew Research Center 2012). How might that dominant sacred representation impact the treatment of the ‘others’ – including religious minorities and the religiously unaffiliated?  The tenor of the Seven Testaments project has been inclusive, emphasizing sharing rather than comparing, but the social context in which this new religious symbol will become embedded is not. Since 1990, discrimination against religious minorities of every major sect, in every world region, has increased (Fox 2018).

The interfaith movement has done much to mobilize religious diversity in the 21st century (Fahy and Bock 2019). The Seven Testaments has the potential of becoming the interfaith movement’s sacred text. I echo Dr. Amir Hussain’s sentiment when he says, “Never again will a single story be told as if it is the only one.” To the extent that Seven Testaments serves to strengthen cosmopolitan religiosity by affirming human dignity, the religious “soft power” in the context of the United Nations will likely be harmonious with the United Nation’s Universal Declaration of Human Rights. But that is certainly not a given.

Sherrie M. Steiner, PhD, is assistant professor of sociology at Purdue University Fort Wayne. Dr. Steiner’s research focus is on religious soft power, environmental sociology and improvement of public health. This research is conducted transnationally in relation to the G20 Interfaith Forum and at the community level through collaborative relationships with public not-for-profit organizations. Dr. Steiner teaches courses on religion, development, social movements, and the environment.