I am, in many ways, the product of two great tsunamis that swept over the Canadian province of Québec at more or less the midpoint of the last century. The first was The Second Vatican Council convened by Pope John XXIII in 1959.  The second was La Révolution Tranquille (The Quiet Revolution), triggered by the sweeping electoral victory of the Liberal, Jean Lesage, over the ultra-montane reactionary, Maurice Duplessis.

Vatican II, as the Council swiftly became known, was the ecclesial spring-cleaning that shook the Roman Catholic Church and consequently the world.  The changes set in motion by the beloved Peasant Pope were so many and so varied that they can hardly be catalogued—though the attempt continues half a century later.  But the most sweeping for non-Catholics was the change in relations with other religious expressions: Protestant and Orthodox within the Christian world, and everyone else outside it—especially Jews.

In Québec, The Quiet Revolution, in tandem with Vatican II, proved catalytic to the birth of a new Canada by the time of the 100th Anniversary of Confederation in 1967.  Québec was transformed from an agrarian and religion-dominated backwater to one of the most progressively creative communities in the world.  Out of Montréal came the Three Wise Men: Pierre Elliott Trudeau (father of Justin, the current Prime Minister); Jean Marchand; and Gerard Pelletier.  The three were radical by any reasonable definition.

A New Canada and Some Papal Heroics

As Vatican II “tore open the shutters and threw up the sash” of Rome, the Northern Magi accomplished the same for sleepy, insular Canada.

A new multicultural, multifaith nation emerged as a different kind of player on the global stage.  One of its most extraordinary and exciting expressions was Le Centre Canadien D’Oecuménisme (CCE).  It was founded in the mid-60’s by the legendary Jesuit priest, Father Irénée Beaubien.  And now, 40 years after, our story begins in earnest.  During a 2006 Parliament of the World’s Religions Conference in Montréal, convened to mark the 5th anniversary of the tragic events of 9/11, a quiet luncheon was underway in Montréal’s Chinatown.

Anthony Mansour, then Executive Director of the CCE, had a proposal to promote.  It had come to pass, as the Bible so often says, that John XXIII had played an almost unknown role during WWII.  John had been born Angelo Roncalli in Northern Italy.  At the outbreak of war, Roncalli was Papal Nuncio, or Ambassador, posted to Ankara, Turkey. Late in the war, Roncalli was approached by the Jewish underground in Eastern Europe, who provided the Nuncio with irrefutable evidence of the Nazi genocide, the Shoah.  Legend is that he asked but one question: “What can I do?”

What he did, with the support of Muslim Turkey and the connivance of clandestine Jewish agencies in British Mandated Palestine, was to bribe Nazi authorities in Romania and Bulgaria to release Jews to the hazardous mountain passes that wound from eastern Europe through Turkey to what would become, in 1948, Israel.

Mansour’s narrative at the luncheon skipped lightly ahead to 2006, the then-present.  Professore Alberto Melloni, today among the most influential scholars in Europe and host of the forthcoming IF20 in Bologna, had just published The Holocaust Journals of John XXIII.  A book tour was planned for four Canadian cities, including Winnipeg. Funding would come from the Turks, anxious to polish their image and join NATO; the Canadian Jewish Community; and The Vatican.

Was I in for the project in Winnipeg, asked Anthony?  I was.  Would I help select three leaders: Jewish, Christian, and Muslim, whose lives and work exemplified the spirit of Good Pope John?   I would.  And did.

My University would host Professore Melloni.  During a dinner at  Government House some weeks after the Mansour meeting, I mooted an idea to His Honour, John Harvard, then Lieutenant-Governor of Manitoba, and a cadre of religious leaders.  Would His Honour and the leaders consider sponsoring a CCE Award ceremony at Government House, the Vice-Regal residence?  They would.  And did.

In October 2007, three Manitobans, a Jew, a Christian, and a Muslim, in Anthony Mansour’s and Professore Melloni’s presence, received an interfaith award at an evening hosted by the Lieutenant-Governor (LG). 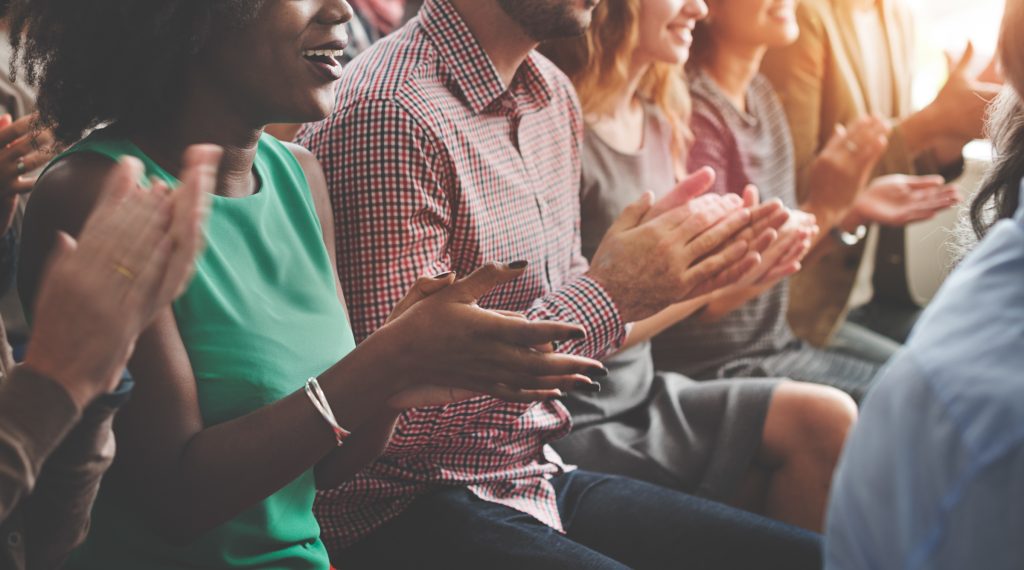 A handful of us multifaith colleagues concluded that something significant was stirring.  For three years, we imagined, planned, and dreamed.

The time was ripe.  The politics possible.  In Canada’s Constitutional Monarchy, the Head of State nationally is the Governor-General; in each Province, an LG.  Constitutionally, the Vice-Regal Office is responsible to and for all citizens—of all cultures, of all faiths.  Mr. Harvard’s successor, His Honour Philip Lee, a first-generation Canadian born in Hong Kong, grasped this implicitly.

In January 2011, the first “LG Award for the Advancement of Interreligious Understanding” was conferred on Zane Zalis—a teacher, composer, and librettist.  His magnum opus, the oratorio I Believe, is a tribute to Shoah victims and Shoah survivors.  Zalis has achieved worldwide acclaim for the work, including from the German and Austrian governments.

The LG Award was born.

A Legacy of Inspiration and Faith

2021 marks the LG Award’s 10th Anniversary.  In those ten years, Jews, Christians, Muslims, Hindus, Jain, Buddhists, and Indigenous Elders have been recognized and honoured.  Some have been designated religious leaders; some, lay people.  Some have been prominent political figures; others modest citizens of the rank and file.  On February 16, 2021, John Longhurst will receive the Award, albeit virtually, from Her Honour Janice Filmon, Lieutenant-Governor of Manitoba.

John, a religion columnist for the legendary Winnipeg Free Press, has championed multifaith journalism for decades.  His extended influence has changed Manitoba, Canada, and in some measure, our world.

John Longhurst embodies the spirit of Anthony Mansour, the visionary who inspired the LG Award; the spirit of Saint John XXIII, who almost sixty years after his death, continues to inspire the whole human family; and the spirit of the late Father Irénée Beaubien, the founder of the CCE, whose life work made possible a new relationship between Religions and the State—permitting the LG Award to continue.

Father Beaubien is gone now.  But even in his later years, I heard from him occasionally. He wrote to me the year he turned 100.  As per his custom, he wanted to know what I was up to.  He was sure it wasn’t enough.  He was probably right.  He usually was.

But I am sure that by God’s grace from wherever Father Irénée is, that his spirit will be with John Longhurst and The LG Award on February 16th.