On Wednesday, May 19th, the G20 Interfaith Forum (IF20), together with eleven partner organizations, held the second installment of its “Ahead of the 2021 Italy G20 Summit” webinar series: “The Gift of Our World: Faith and Environmental Stewardship.” Partner organizations included the Fondazione per le scienze religiose (FSCIRE); The Baha’i International Community; The European Evangelical Alliance; The European Platform Against Religious Intolerance and Discrimination; The Fondazione Bruno Kessler; The International Center for Law and Religion Studies at Brigham Young University; The King Hamad Chair for Inter-Faith Dialogue and Peaceful Co-existence at the Sapienza University of Rome; The Study Center and Magazine Confronti; The Church of Jesus Christ of Latter-day Saints – European Union & International Affairs Office; The University of Siena; and the World Faith Development Dialogue. Panelists included Matthias K. Boehning, Director and Permanent Representative to the UN at the World Evangelical Alliance Sustainability Center; Silvia Francescon, Senior policy advisor on environment at the Italian Buddhist Union; Gopal Patel, Director of Bhumi Global and Co-Chair of the Multi-Faith Advisory Council to the UN; and Rev. Dr. Joshtrom Isaac Kureethadam, Coordinator of the Sector of “Ecology and Creation” at the Vatican Dicastery for Promoting Integral Human Development. Bani Dugal, Principal Representative to the UN for the Baha’i International Community, acted as moderator, and Prof. Cole Durham, G20 Interfaith President, assisted with the Q&A.

The event focused on how to better utilize the perspectives and contributions of faith actors and traditions to achieve the environment-related Sustainable Development Goals (SDGs). Leading up to the G20 Summit and G20 Interfaith Forum meetings in Italy this fall, this webinar aimed to offer a keen focus on necessary action related to religion and the G20 Italian Presidency’s “Planet” section of their 2021 theme.

Bani Dugal, who moderated the discussion, introduced the topic, framing the urgency of the environmental crisis and the largely untapped emphasis on world stewardship shared by most global faiths. After welcoming and briefly introducing the speakers, she began by playing a video message from Rev. Dr. Joshtrom Kureethadam, who was unable to attend the meeting in person.

Rev. Kureethadam began his comments by posing a question: What can we do as faith communities to care for the earth?

“We can provide the world a vision of how we are seeing the earth—as more than matter or nature, but as God’s creation, his sacred lands, his love letter manifested in birds and trees and flowers. Earth has been entrusted to our stewardship. God commanded Adam and Eve to cultivate and care for “this garden.” We as religions need to recover this vision.”

He went on to talk about Pope Francis’s encyclical on the environment Laudato Si, and the multitude of echoing climate change statements that issued from major religions throughout the world when it was published. He said Laudato Si inspired and motivated religious traditions to come together for the planet’s good, but that the journey needs to continue on. As the next step, he pointed to the  Laudato Si Action Platform project, which aims to create an alliance of communities to achieve seven core environmental goals.

“We have a fascinating journey ahead of us. Let us walk together, hand in hand, as we take care of Earth, God’s creation and our stewardship.” 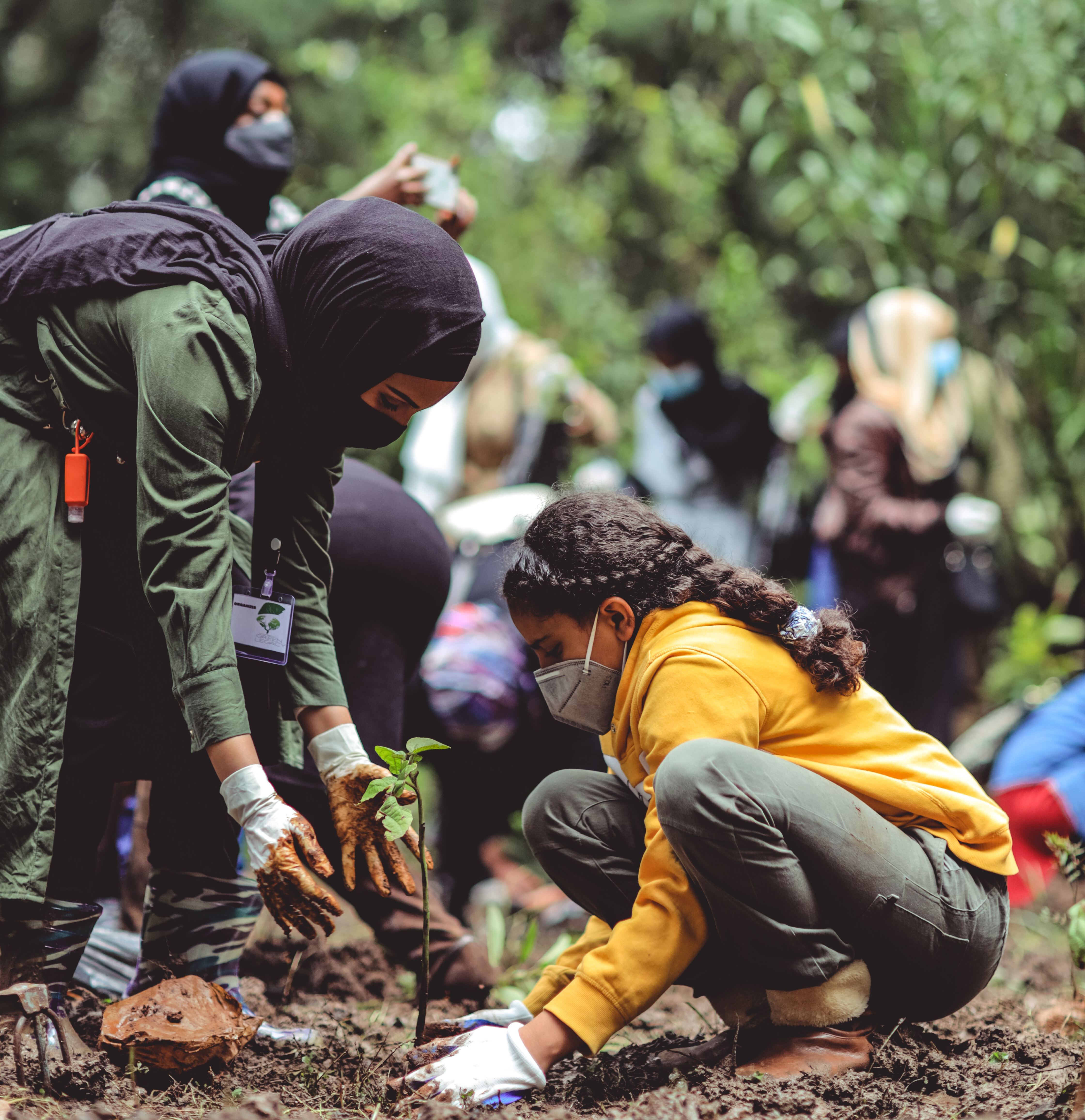 Boehning spoke about the issue from the perspective of the Evangelical community, lamenting the fact that Evangelicals are often seen as not caring about environmental action.

“Creation is a wonderful gift, but it is a gift on loan. It does not belong to us. We are called to be good stewards of the earth and all of creation.  For Evangelicals, it is very important that the first commandment given to humanity was to care for creation—to look after God’s soil.  We should work it and enjoy it, but we must also look after its needs.”

He emphasized three principles that are key in understanding humanity’s role and relationship with the environment:

Francescon added a Buddhist viewpoint to the discussion, referencing the belief that all things are interconnected and independent:

She spoke of the original vision of Sustainable Development: to live one’s life without compromising the wellbeing of future generations—but asserted that something had been lost along the way.

“Economy, the social dimension, and the environment should go hand in hand. We need to go back to that perspective, but we must also move from an anthropocentric point of view to an eco-centric point of view, where humanity is part of a larger whole.”

Referencing the COVID-19 pandemic, Francescon said the zoonotic origin of most pandemics proves our interdependence, and that rectifying the environmental crisis is an essential part of preventing future disease and disaster.

Patel based his comments on Hinduism and the “storytelling” role of religion in society at large. He explained that religions have defined the parameters of how humans think about themselves, the world, and their role in it since the beginning of time.

“We are living in the age of sustainable development—it’s the new story we’re telling ourselves. And what we need to do as faith communities is to tell a new story about the journey of humankind. Those stories that underpin modern societies, often framed by religion, are very outdated. And our consciousness will only change if the stories that we tell about who we are and the world around us change as well.”

Patel recommended that religious leaders and organizations do a better job at leaving their ‘silos’—the boxes they’re comfortable in—and speaking and connecting in the public space on technical, actionable issues. As the world changes, he said that people are looking for new understanding on what it means to be a person, and religion can offer great (simultaneously ancient and radical) perspective.

“What underpins Hinduism is this word called ‘Dharma.’ It means to uphold and sustain the natural world and the natural order. It’s represented as a bull with four legs: self-restraint, cleanliness in thought and action, charity, and truthfulness, and when it is upheld, the world flourishes. Restoring these legs of dharma in society is the key to healing our world and our environment.”

The next webinar in the series, “G20 as a Driver to Reduce Poverty and Reignite Growth,” will be held on Wednesday, June 9th at 9 a.m. EDT.