On Thursday, July 15th, leaders of the G20 Interfaith Forum and other advocates for religious freedom presented their thoughts at a side event of the IRF Summit 2021, held in Washington, D.C. from July 13-15. The session was entitled “Religion, Humanitarianism, and G20 Policy Initiatives: Promoting Freedom of Religion or Belief (FoRB).” Speakers included Michael K. Young, Former Chair of the US Commission on International Religious Freedom (USCIRF); W. Cole Durham Jr., President of the G20 Interfaith Forum Association; Kyai Haji Yahya Cholil Staquf of the Supreme Council of Nahdlatul Ulama (NU, a major world Muslim organization); Timothy Shah, Director of Strategic Initiatives for the Center for Shared Civilizational Values; and Katherine Marshall, Vice-President of the G20 Interfaith Forum Association and a Senior Fellow at Georgetown’s Berkley Center. 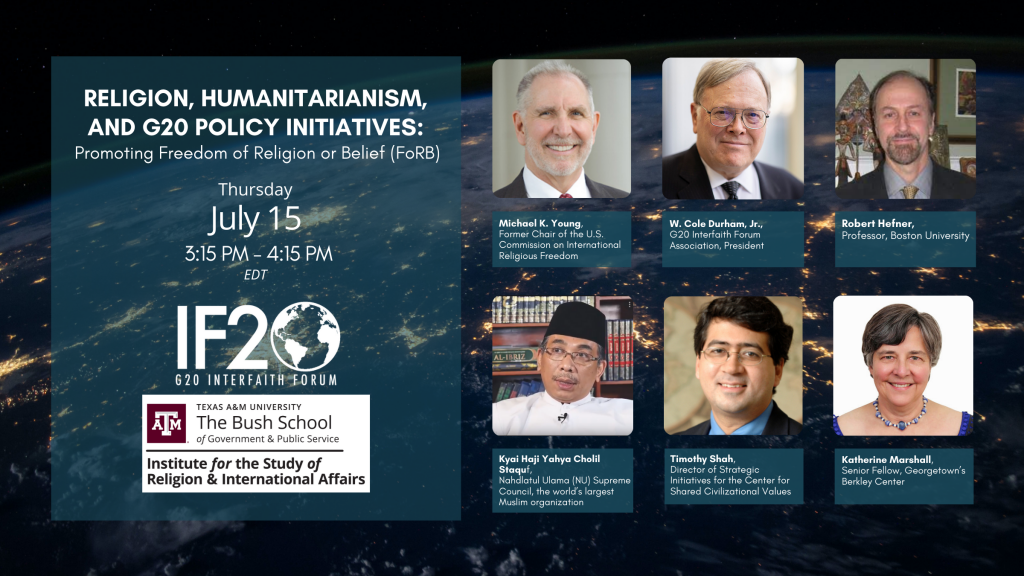 Durham began the session by introducing each of the speakers and providing a brief history and overview of the G20 Interfaith Forum and its work. The forum, which has worked since 2014, aims to help bring religious voices to bear on the formation of global policies at the G20 level. It is on the cusp of being recognized as a formal engagement group of the G20. Italy is hosting this year’s meetings, and next year the G20 will be hosted by Indonesia.

“Why focus on the G20? The G20 emerged after the 2008 financial crisis, and its primary focus has historically been on economic matters. But it’s increasingly focusing on a range of issues that can be connected to the UN’s sustainable development goals. And if these goals are going to be reached by governmental policymakers, there must be synergistic work with religious communities.

“From a religious freedom perspective, it’s extremely important to find ways for religious voices to be heard at the policy-making table. Because, as they say, ‘if you aren’t at the table, you’re on the menu.’”

Young outlined his experiences working with USCIRF, focusing on how the world is changing and new strategies are needed in order to advance religious freedom. He said that, according to statistics, religious freedom across the world has largely gone backwards since 2006, which is a matter of great concern. He offered three points that he felt were essential to regaining progress in global religious freedom:

“Is there a way in which we can do good and do well at the same time, by giving governments an opportunity to marshal the resources of faith based organizations? As more of a partner than something to be suppressed? In an environment where we see ourselves backsliding, working on these relationships to advance this cause needs to be a priority.”

Marshall focused her comments on the impact of this current moment in history, calling it a “Kairos Moment” that our grandchildren will look back on as a major turning point, for better or for worse. Amidst evidence that relationships between governments and religion are shifting and changing during this crisis, she said that religious engagement is becoming even more crucial—especially as religious communities urge world leaders to focus on the vulnerable and the poorest of the poor.

“We need to think about religious engagement vs. religious freedom. Religious engagement is broader and should be very closely integrated with the human rights agenda—including the religious freedom agenda—which means bringing people to the table. We’re afraid that the SDGs may have lost a decade during the pandemic. Inequalities have been accentuated and made far more visible. Every single issue you can think of has a religious dimension, from AIDS to Zebras, so engagement on this is crucial.” 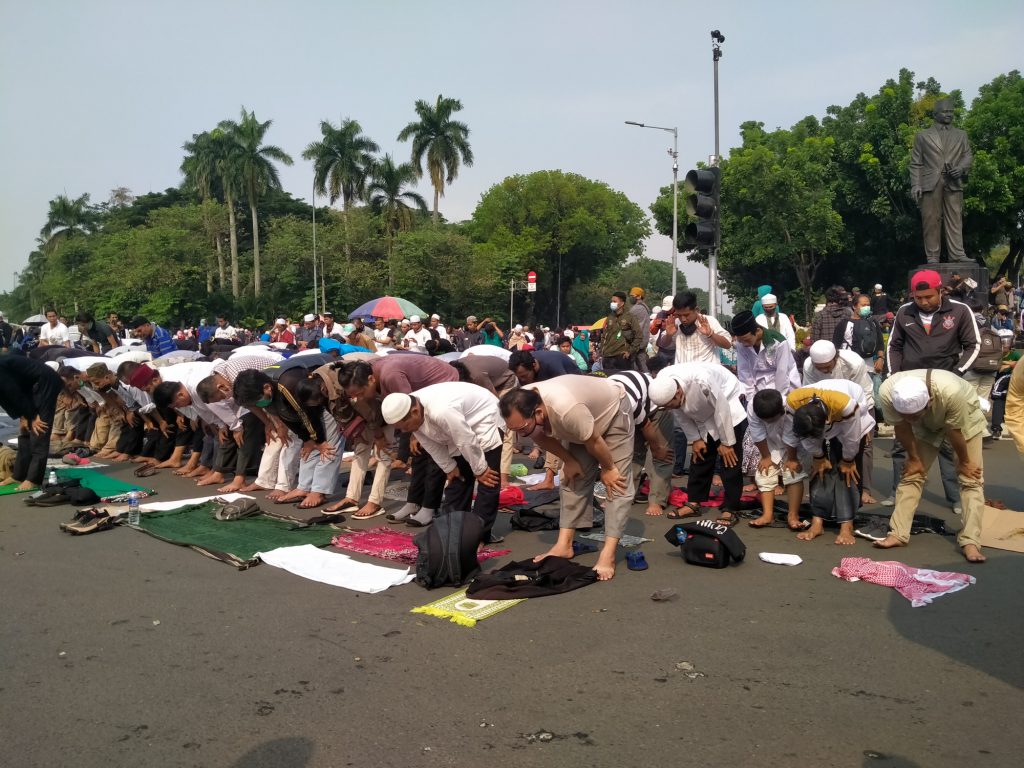 Is it realistic to think that a forum like the G20 could really put religious freedom high on its agenda?

Yes. The recent G7 meetings in the UK actually had religious freedom on their agenda, which bodes well for the G20. For the first time, a religious figure will also be addressing the G20 itself this year, which is significant (Pope Francis). Heads of state are starting to pay more attention to religion.

Does the fact that the G20 hosts are shifting toward the global South bear positive potential for raising religion’s profile on the agenda?

Yes. The shift of the G20 to the non-Western world gives an opportunity to highlight elements of religious freedom that aren’t often highlighted in the West.  Here, it tends to be seen as a libertarian concept of private property, which very framing tends to enhance conflict. The Indosphere traditions, however, take a more humanitarian view on religious freedom—seeing it as a framework of hospitality in which to achieve harmony and welfare for all. And it may be better understood and promoted in that light.

Staquf focused his comments on Indonesia’s role in hosting the G20 Summit and G20 Interfaith Forum next year. He said that some who work with religion are truly believers in religion itself, while others are just trying to manipulate it for various interests.

“We want religion to help us solve various problems, but there are also problems incited by religion. When we think about the kind of interfaith dialogue that Indonesia wants to see when we host the G20, we want a forum of true believers who first deal with the reality that their own religion can bring problems as well as solutions. Then, from that mindset, they can suggest better ways forward.”

After a short Q&A session that addressed comments from the live audience, notably a focus on religious roles in global vaccination efforts, Durham thanked all of the participants and encouraged all attendees to continue to follow the forum’s efforts as it approaches both Italy 2021 and Indonesia 2022.