Divergent paths and inequalities are a stark reality that mark the COVID-19 era. The global emergencies affect different individuals very differently. Everyone shares in uncertainties, well aware of deaths, illness, and economic disruptions, but some have actually seen their wealth increase and savored time for reflection and new ventures. For others, however, grief, hunger, and disrupted relationships dominate life. The situation for nations also ranges widely. All face setbacks and need to adjust hopes and plans, but many are looking catastrophe in the face, with decades of progress wiped out. 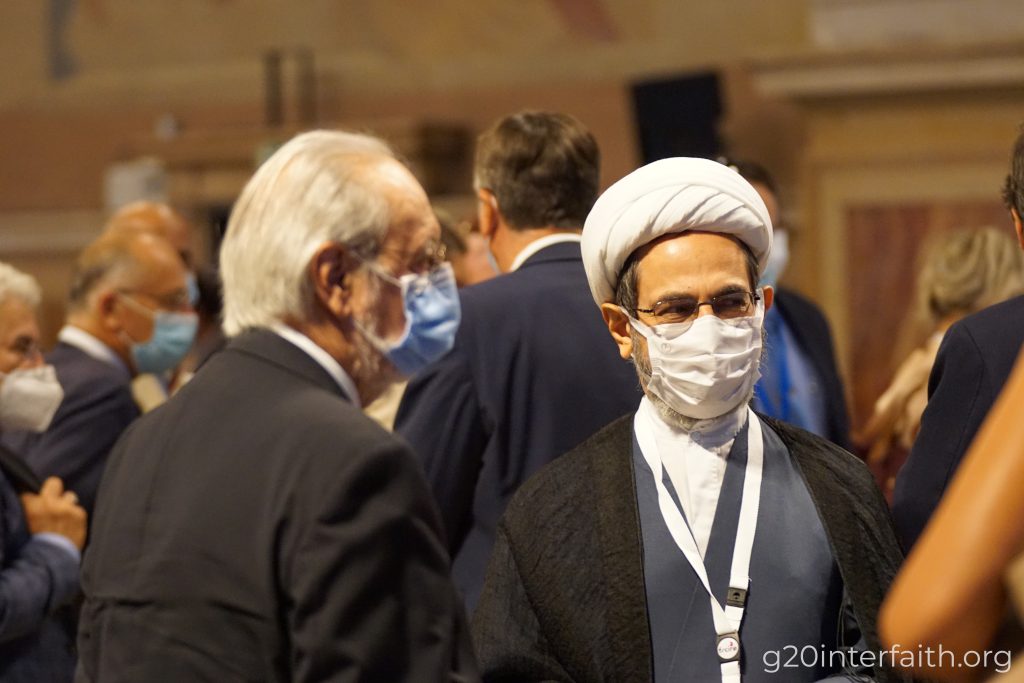 A Moment of Opportunity and Grace?

At the G20 Interfaith Forum in Bologna on September 13, one session focused on inequality. A challenging question was put by the co-chairs (Stefano Fassina, member of the Italian Chamber of Deputies, and Katherine Marshall, Executive Director of the World Faiths Development Dialogue): is this a time that some give the name “Kairos”, meaning a special, rare moment in time of opportunity and grace? Could and should the global leaders who meet October 30-31 in Rome as the G20 Summit confront the divides in bold and effective ways? And what actions would that imply?

The session explored several quite different dimensions of the immediate challenges and opportunities for global governance that the COVID-19 crisis presents, all pertinent to the central Forum theme of healing.

Deep economic and financial crises for states are the most immediate challenge for the G20 summit, and attention was called particularly to Africa and to especially vulnerable communities. An invited panelist, Eric LeCompte, Jubilee USA, could not participate in person but the discussion highlighted that faith-linked network’s active and continuing engagement with the G20 process and leaders on precisely these challenges.

Fairness and justice are the central tenets of policy and financing for debt relief and restructuring and financial mobilization to assure basic services. Accountability, including active measures to combat corruption, engaging religious communities, is even more important now, during the crisis, than before. The G20 needs to take on issues around inequality, reflecting, as the case of India shows so dramatically, its complex and deeply human dimensions. And urgent, immediate action is needed and is feasible, with vaccine equity the prime example.

Arntraud Hartmann, Professor of Development Economics at SAIS Europe John Hopkins University in Bologna, underscored the dramatic reversals that the COVID-19 crises have caused and especially how sharply paths among regions and countries have diverged. This accentuates the multiple inequalities that are so harmful to social welfare.

Of great concern are the increases in poverty and especially increases in hunger. We do not have reliable poverty numbers, but there are clearly large increases in extreme poverty and rises in food prices with food accounting for 50-60% of household expenditures. The growth impacts on advanced economies are much more significant than on Sub Saharan African countries, because they are less integrated in the global economy. The harsh reality is that it will be years before Africa can recover. This is tragic in the light of remarkable headway in reducing poverty over the past 20 years. Two examples of the human tragedy involved are unused maternal health facilities and empty schools. We run the risk of undoing much foundational work to protect future generations.

Among the multiple faces of accountability, curtailing corruption has special resonance. Jonatas Machado, Universidad Autonoma de Lisbon “Luis de Camoes,” elaborated on both why and how. The essential challenge is to get resources to the right people in the right way.

Faith communities must lead in calling attention to the cruel fact that corruption, the abuse of entrusted power for private gain, erodes trust, weakens democracy, hampers economic development, and further exacerbates inequality, tax evasion, poverty, social division and the environmental crisis. Corruption causes more harm to poor communities than any others. It encourages radicalism, populism, terrorism, and war. During the pandemic, corruption has limited the world’s capacity to respond and it has, ironically, served as a catalyst for more corruption.

Religious communities can and should do more to denounce and fight corruption, sharing ethical teachings to bolster effective action, pinpointing and documenting the daily corrosive effects of corruption, mobilizing communities to demand public integrity, and serving as watchdogs to expose and denounce corrupt actors and practices. Key sectors like health and pharmaceutical industries (supply chain, service delivery, and crisis administration) merit special attention.

The case of India, described by Rajeev Bhargava, who directs the Parekh Institute of Indian Thought at the Centre for the Study of Developing Societies in New Delhi, underscores both the importance and the complexity of addressing inequality through a faith lens. For Hinduism, theological teachings can be problematic. Hindu India is founded on hierarchies, so a common approach is that to achieve equality one must set aside Hinduism completely. This overly simplistic view distorts action, undermining the core principle that everyone deserves equal dignity and respect. The best versions of Hinduism offer a valid approach for treating people as equals. Hindu ethics maintains the starting premise that we are all human and this cultural tradition can promote equality.

The urgency of action by the G20 and its various engagement groups was a central theme running through the discussion. Brett G. Scharffs, Director of the International Center for Law and Religion Studies at Brigham Young University, highlighted vaccination against COVID-19 as the prime example. We must seek to vaccinate the world in a way that respects the human dignity of all people in all places.

No crisis was more custom-made for the G20 than this one; if the pandemic is ended, it will be because of the collective effort of the G20 countries but if not, they deserve the lion’s share of blame for that failure. As vaccination is critical to moving forward, the G20 must address problems in the way, in this Kairos moment. We must vaccinate all categories of people in each country, everywhere, especially those left behind. Religious actors have a key role, building systems in reliable and trustworthy ways, and holding governments accountable for keeping their promises.