In Southeast Asia, April 21 is celebrated as Kartini Day, honoring a nineteenth century Indonesian leader who was ahead of her time in her strong advocacy for women’s equality – and above all, education for girls. In 2016, Google honored her with a Google Doodle. Her ideals, which drew on both religious and non-religious sources, are reflected today in many noble strategies and programs aimed at gender equality, but many of the challenges of her time are still before us. 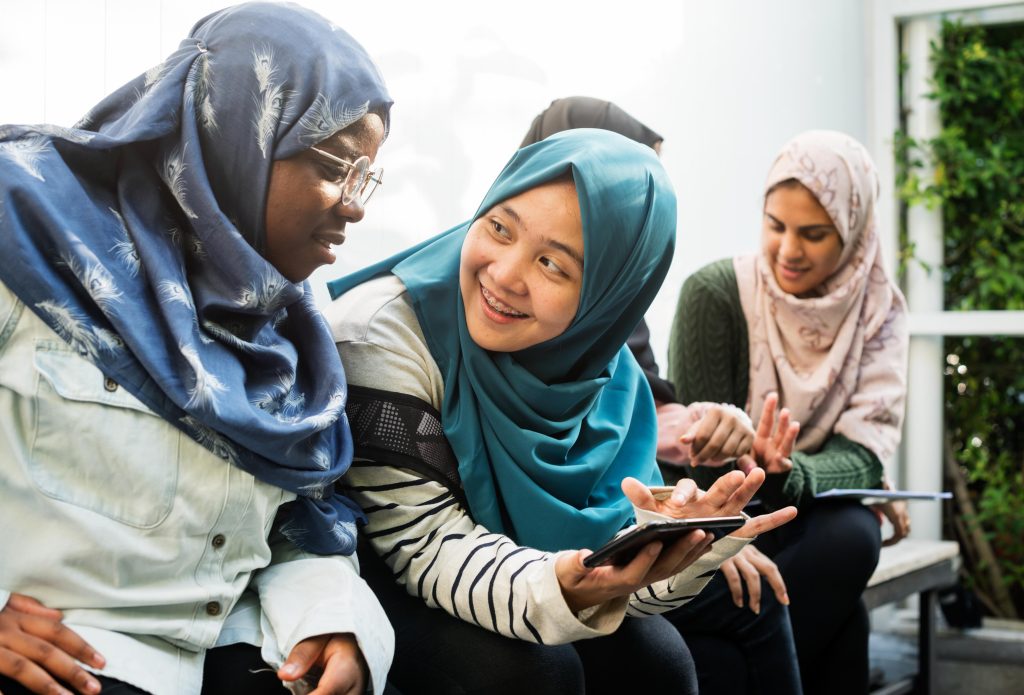 I have been struck, over the decades of my career, by some improbable similarities between two topics: integrating concern for women and gender in development and peacebuilding work, and more recent efforts to link religion and development in strategic ways.

Both efforts have met challenging reactions that, in my view, are often marked by emotional and rather personal responses: how will changing women’s roles affect my relationships? What do I believe, and what does religious engagement have to do with my work? In both instances, thoughtful dialogue bolstered by evidence can help to move us forward.

The Bermuda Triangle of Input by Women

As today’s culture wars fuel polarized politics and debates, from the level of families through global agendas, gender issues are remarkably often center stage. The tensions involved are even reflected in the path of Kartini Day: After 1965, Suharto‘s New Order state in Indonesia reconfigured Kartini’s image from that of radical women’s emancipator to one that portrayed her as a dutiful wife and obedient daughter. But in these tensions, which detract from progress in tragic ways, the gulfs between non-religious and religious women are a sort of Bermuda Triangle, a mysterious, mythical place of turbulence and disappearance where women’s inputs and especially those that are inspired by religious faith face large swells or simply disappear.

Women in Peacebuilding, Faith, and Education

Perhaps no topic at the meeting place of these different subjects is as striking as the invisibility of women, secular and religious, in peacebuilding. This applies to the overall formal roles that women play in negotiations and post-conflict reconstruction. Their absence was the inspiration for UN Resolution 1325 in 2000, which set forth an agenda for ensuring that women have more visible and meaningful roles. One review found that in 2019, only 3% of mediators, 4% of signatories, and 13% of negotiators were women. And within this invisibility, the strange Bermuda Triangle, women inspired by religious faith sadly tend to disappear entirely. Yet women do clearly play vital roles in peacebuilding, their roles obscured both by habits and perceptions and simply by failure to see and recognize their roles.

This applies also to the roles women play in religious practice and institutions. For many women across the world and across religious traditions, faith and practice give women strength and a sense of meaning in life. A Pew Research Center 2016 study, for example, highlights that women are more likely than men to say religion is “very important” in their lives (60% vs. 47%). Globally, women are seen as more devout than men by several standard measures of religious commitment: in 61 of the 192 countries surveyed, women are at least 2 percentage points more likely than men to have an explicit religious affiliation.

A striking piece of evidence that has visibly affected policy approaches and priorities is the research that shows the transformational benefits of educating girls (an echo of Kartini’s insights). For example, Larry Summers, a former U.S. Treasury secretary and World Bank chief economist, has often been quoted as saying that “Investment in girls’ education may well be the highest return investment available in the developing world.” This evidence is thoroughly presented in a Brookings Institution 2016 report.

Looking Ahead to Indonesia

Among many action priorities, five stand out:

Looking ahead, Indonesia’s chairmanship of the 2022 G20 process offers a welcome chance to focus on the real and complex tensions in constructive and transformative ways. Indonesia’s history and present, and the creative ways society works to address both gender and religious factors in a rapidly changing and modernizing society, can propel and inspire determination to work towards better solutions.

This note builds on my presentation at the April 21, 2022 webinar hosted by Department of Ushuluddin and Islamic Thought, State Islamic University Sunan Kalijaga, and Leimena Institute, supported by Templeton Religion Trust. A video recording of the event will be available on YouTube.