Following the global nightmare that was WWII, North Americans experienced a sustained wave of conventional Christian religiosity.  While theologians wrestled with a host of expanded and intensified spiritual and ethical issues (principally genocide, human and cultural; the spectre of nuclear annihilation; and unprecedented multitudes of displaced peoples worldwide), North Americans went to church.

In my 1950’s childhood, my nuclear (new term) family was no less subject to this phenomenon than was the rest of the continent.  My parents supported their parish church steadfastly, practicing the boiler plate doctrine of the church of England of their parents’ and of their parents before them.  My parents continued to be faithful members and adherents until their deaths well into this century.

Their anchors were Archbishop Cranmer’s Book of Common Prayer of 16th century Britain, and The King James Bible of 1620.

Faithful they were, but only periodically fervent.

Before me only my Great-Grandfather, another James and a Highlander, had felt a call to the cloth.  To all accounts, he and my Great-Grandmother were of a saintly pastoral persuasion.  James died in April of 1902, in a manner romantic, by a bleak graveside in an East End London cemetery. Not a particularly extraordinary family faith saga. In most respects, it was conservative and even constrained.

“Your God is Too Small”

But… my parents read.  And as one contemporary scribe has noted, “Life happens when you turn the page.”  One book in their modest but well-chosen library stands out.  It was provocatively titled Your God is Too Small.

I recall vaguely that the author was of a somewhat evangelical bent.  His central thesis seems to have been that a people rarely grasp the power, majesty, the sheer scope of the Divine.

Hence, we imagine too little of God; we expect even less; pray for trivialities – and simply drift through life.  The book has long since gone walk-about.  It was lent, perhaps, to a hapless Rector or Vicar by my late mother bent on inspiring a lackluster pulpit presence.  If any reader is able to correct or sharpen my memories, please do. 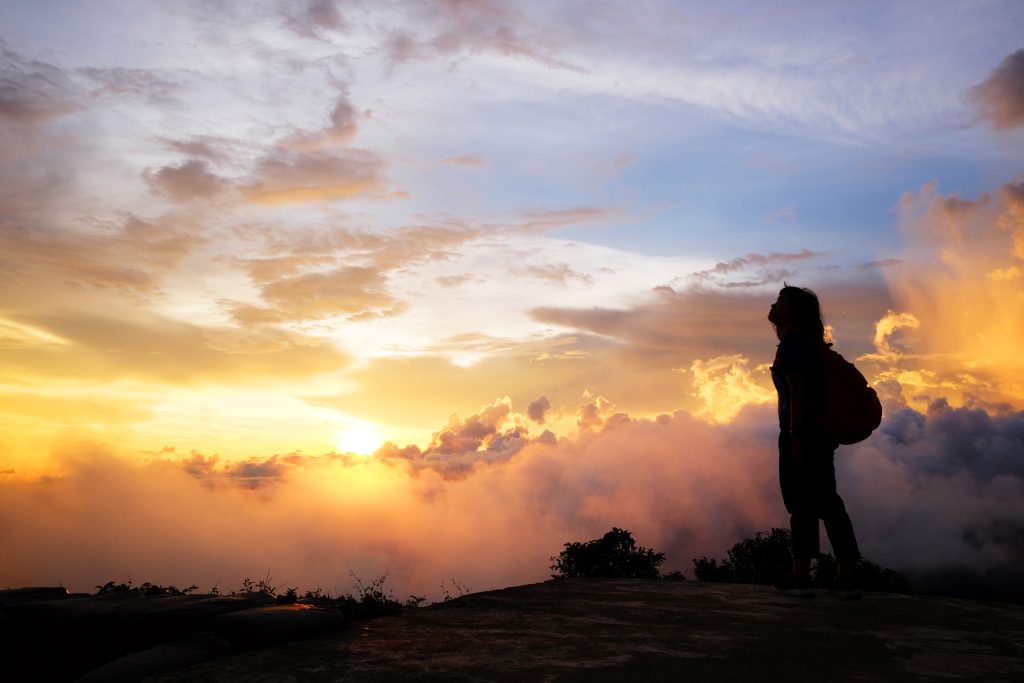 When I first began to read Theology fifty years ago this September, I was enthralled.  The magnitude and magnificence of the enterprise were breathtaking.  Classical Christian Theology was so expansive that, to borrow once more from Saint Augustine, I swiftly became aware that the popular faith in which I had been raised was akin to splashing in the shallows of a great river.  But my studies led me out of the shallows and I was soon chin deep and ready to plunge.  Half a century later I still feel the same wonder about my own tradition.

And then I noticed that there were others playing on the beach.  They were different than I, sometimes demonstrably.  But it swiftly became clear that they were as entranced by the river as I.

What could be more natural than to greet my fellow bathers; to listen to them; to talk with them?  And so, I did.  And with every word spoken, the world and the God in whose hand it rests grew larger and larger.   There became no them, only us.  There were no boundaries, save only eternity.

Books read, friends of other faiths, extraordinary mentors, all have brought me to the beginning.  The names are too many to list.  But some stand out from the earliest to the more recent.  I remember Rabbis Harry Joshua Stearn and Reuven Bulka of blessed memory; Father Ovi Mohammed, a Jesuit priest and scholar and a child of both Islam and Hinduism; Amir Hussain and Christina Tobias-Nahi, prominent Muslims; Gerald Filson of the Baha’i; Mohinder Dilon, of the Sikh community; Audrey Kitagawa and Zenji Nio, both prominent Buddhists; Pandit Roopnauth Sharma, a Hindu priest and leader; Manju Lodha, of the Jain community; and the Miyaki families, of the Shinto world.  Each of these and so many others have expanded my experience of the Divine.

Getting to Know God and Each Other

The anonymous author of the early Christian letter to the Hebrews suggests that the meaning of life lies in getting to know God, and to learn to like the learning.  There is so much to get to know, for God is clearly larger than we imagine.

But it is a worthwhile goal, and it has become critical.  From May 23-25 last, an International Conference on “Religions, Human Solidarity and Global Peace: Building a Better Future,” was convened in Rehovot and Jerusalem.  Its focus?

“Religions have been historically used to promote violence. It does not have to continue this way uncontested… It is easy to give in to fear before the unknown. It is therefore crucial that we get to know each other’s religion. Religious leaders can play a key role in fostering understanding and the adoption of common policies for a brighter future.”

The future of this proposed annual gathering is unknown. But to borrow from Rick, the principal character of the iconic Casablanca, “This could be the start of a beautiful friendship.”

With all this and more to ponder, doesn’t your heart swell fit to burst, that despite the terrible dangers which beset us, the cosmos and its infinite expressions remain inconceivably wonderful; inestimably beautiful?  If not, then Our God is Too Small.  Have another look.