Up here in the very heart of the North American continent, or “Turtle Island” as our First Nations relatives know it; up here where “mon pays ce n’est pas un pays, c’est l’hiver”, winter skies are breathtaking.

The nights are especially beautiful when the weather is clear, cold, and crisp. We have enjoyed quite a few of those nights over recent weeks.

One’s eyes are inevitably drawn upwards, and one’s soul echoes the Psalmist, “when I consider thy heavens, the work of thy fingers, the moon and the stars which thou hast ordained, what are we that you are mindful of us?”  (Psalm 8:3). 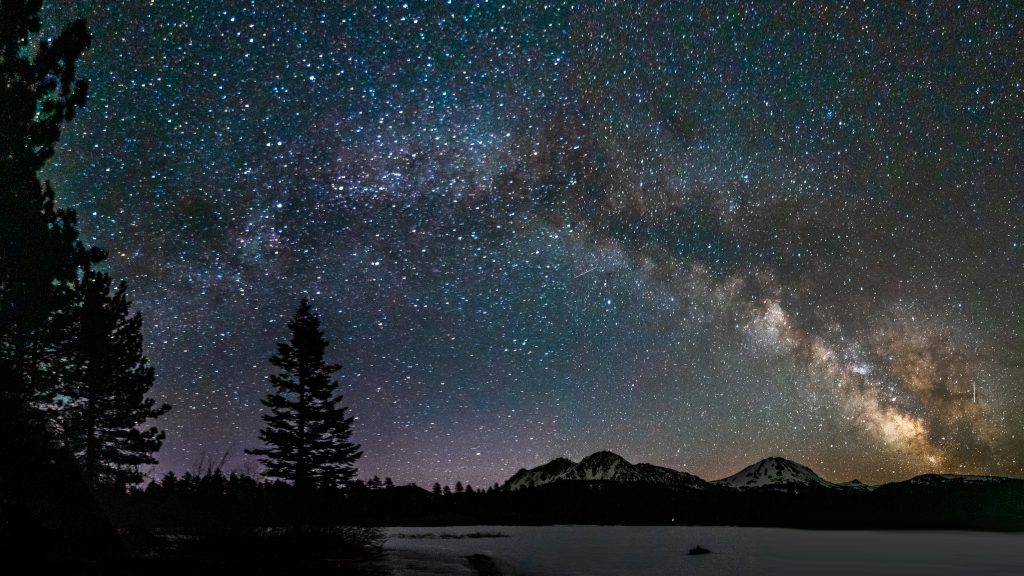 A short while ago, during the midwinter break overlapping both Hanukkah and Christmas celebrations, Ron Kuipers, Canadian theologian and religionist of the Institute for Christian Studies in Toronto, reflected on his deep love of astronomy.

“Studying the heavens,” he wrote, “makes me feel spiritually porous.”

I find that to be a lovely phrase. It captures beautifully a concept I have been struggling to express satisfactorily for decades.

The inspiration for this extended train of thought derives from former American President William Jefferson Clinton, during the 1994 mid-term elections. With apologies to readers and contributors from the great Republic to the South, and like so many outsiders, I must confess that the subtleties of congressional politics and proceedings far exceed my pay grade. Still, memorable observations and pungent quotes have emerged from these biannual romps. Among President Clinton’s most memorable was his unexpurgated summary of his mid-term platform that autumn. The central issue on which he would campaign? “It’s the economy, stupid.”

As a religious leader and a spiritually-inclined scribbler, I have often been tempted to apply the President’s principle in heated debate. When I am asked the source and solution to humanity’s sorry state and contextually the world’s, I have longed to declare, “it’s spiritual, stupid.”

I believe that. But it is hardly an edifying insight by which to be remembered. Counter-indicative, one might say, to the central purpose of becoming spiritually porous in the first place.

Still, consider how the western world might have developed if Plato’s temporal-spiritual divide had not dominated our perspectives on science and religion for over two millennia. Careful thought leads one to the conclusion that the spiritual and the temporal are discrete but complementary magisteria. A few examples may suffice to stimulate conversation.

The Interconnectedness of Spiritual and Temporal

Is this wee green jewel of a planet evolving into a toxic wasteland? Strategies for reclamation must include ecological and technical remedies to be sure, yet the essence of planetary survival is at the core, spiritual. All along the ancient Silk Road, and from the beginning of recorded time, both Abrahamic and Karmic spiritual worldviews promote life and our planetary home as sacred. “The earth is the Lord’s and the fullness thereof.”

Does global economic disparity prevail? Justice of all kinds is explicitly spiritual. So are greed and oppression and indifference. The perversion of sacred norms parody all genuine religious teaching.

Does racism still abound? Does it still stunt lives and shatter societies? Only because we forget that in our spirits, minds and hearts there can be no discrimination between and among human beings. Race is an artificial construct, built of fear and simple wickedness. Humanity requires no homogeneity among people and peoples. Rather, the human community requires an infusion of what the late Rabbi Jonathan Sacks described as the “dignity of difference.”

Underlying all this must be a posture of cosmic humility. Surely no sentient human being continues to exercise the absurd conceit that the universe is for human entertainment alone. CS Lewis, Oxford don and eminent Christian lay theologian, observed pointedly that we have no idea what purpose the universe serves, not even our own place in it.

Many years ago, I kept a Scottish terrier. Great dog; except for his fear of bagpipes. They terrified him. And yet he loved the tumult, the strobe-light effect and the violent electrical discharges of world-shaking thunderstorms. Go figure.

But whatever storm meant to Lylecroft’s Midnight Cavalier, we may rest assured it differed from my love of atmospheric turmoil.

Bending the Arc of the Universe

Most of all, make me spiritually porous to your presence.

The Rev. Dr. Martin Luther King Jr. famously remarked that “the arc of the universe is long, but it bends towards justice.”

Here’s a dream to go on: imagine eight billion people adding their collective spiritual weight to that arc? How much faster might it bend?