By Ewelina U. Ochab, Co-founder of the Coalition for Genocide Response 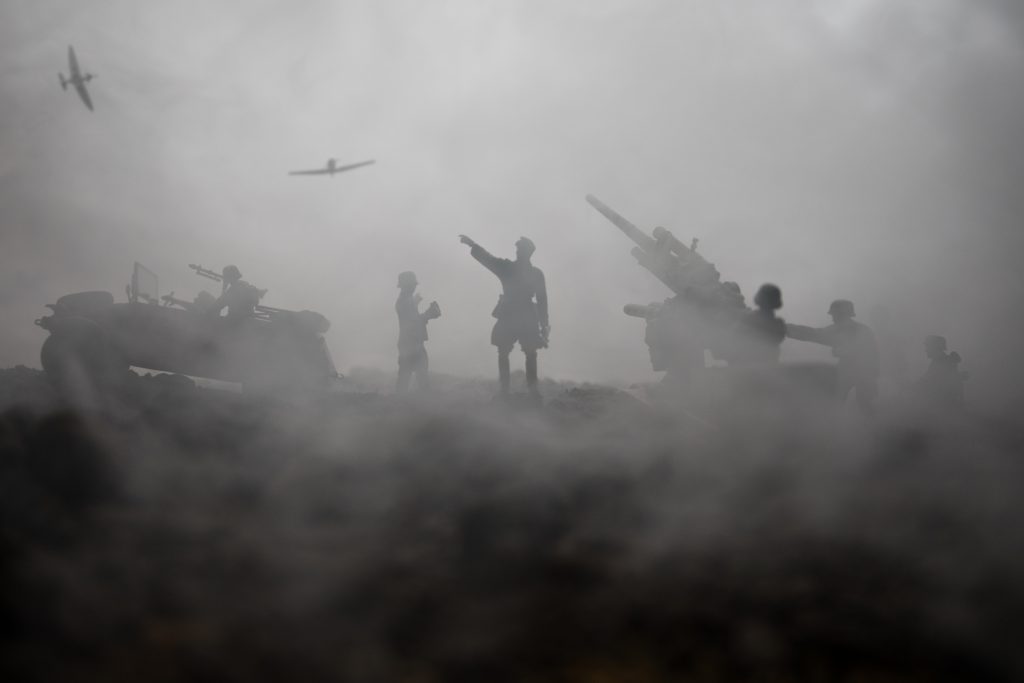 On August 22, the UN marks the International Day Commemorating the Victims of Acts of Violence Based on Religion or Belief, a day designated by the UN for states to step up their efforts to combat intolerance, discrimination and violence against persons based on religion or belief. Establishing the day was a direct response to the ever-growing issue of violence based on religion or belief, including in their most severe manifestations of international crimes, as crimes against humanity, war crimes and even genocide.

Indeed, only in the last few years, we have witnessed several cases of mass atrocities based on religion or belief that, arguably, meet the legal definition of genocide in Article II of the UN Convention on the Prevention and Punishment of the Crime of Genocide—in Syria and Iraq, Myanmar, Nigeria, and China.

Recent Violence Based on Religion or Belief

In 2014 in Syria and Iraq, Daesh (also known as Islamic State, ISIL, ISIS), a non-state actor consisting of local and international terrorists, launched a genocidal campaign against religious minorities like Yazidis, Christians and others. In 2016, the Burmese military’s indiscriminate attacks on the Rohingya Muslim civilians in Rakhine state have led to forced displacement of over 700,000 members of the community to neighboring Bangladesh. Over the recent years, Boko Haram and Fulani militia, non-state actors, have been waging war on ‘infidels’—Christians, but also Muslims whom they consider not to adhere to their ideologies. In these three cases, the perpetrators have resorted to killings; physical and mental abuse; rape and sexual violence; enslavement; torture and inhuman, degrading treatment; and forcible transfer of populations as weapons of war on the targeted communities. In these three cases, they attempted to annihilate the communities in whole or in part.

However, recent years have also seen more sophisticated and subtle methods of bringing about mass atrocities that are less glaring to the eye. Indeed, in China, the Chinese Communist Party has developed ways to strip religious minorities of their religious identity in so-called ‘re-education camps’ for Uighur Muslims. This was followed by reports of Uighur Muslims being subjected to forced labor. Other reports indicated that Uighur Muslim women have been forcibly sterilized, which resulted in a drop of births within the minority group by 80%. Despite having a significant effect upon the communities that may bring about their destruction in whole or in part, in this case, we did not see graphic photographs or videos of the bodies or injuries that would speak to our humanity and call us to act. However, these atrocities may lead to the annihilation of the Uighur Muslim communities in China, in whole or in part, and so cannot be neglected. Also, further evidence, with time, will come to light—including evidence of forced organ harvesting, killings and torture.

These recent cases of acts of violence based on religion or belief all happened after we promised ‘Never Again’ again and again. We need to do more to not only address such atrocities (by stopping them, assisting the survivors and ensuring justice) but also to ensure that such atrocities do not happen again (without this being an empty promise).

The Role of Religion and Interfaith Dialogue

This is precisely the aim behind the G20 Interfaith Forum: To provide a platform for religious voices to identify policy initiatives that could help to accommodate and strengthen interfaith dialogue. The annual G20 Interfaith Forum aims to build a network of faith and interfaith leaders from around the world, together with non-governmental organizations and other policy leaders, to discuss the role those religious communities can play in promoting the goals of successive G20 Economic Summits. The G20 Interfaith Forum identifies the policy and societal contributions of faith traditions and philosophies on leading global issues. The aim is to develop recommendations on priority issues that draw on interfaith insight and experience.

The G20 Interfaith Forum recognizes the role religions play in responding to and preventing acts of violence based on religion or belief, whether in conflict or peacetime. Religious and faith leaders must play their role in engaging their communities on the issue and speaking up against injustices. A recent example of such joint efforts is a letter of over 75 faith leaders speaking up against the atrocities against the Uighur Muslims and calling upon states and international organizations to act and investigate the mounting evidence.

Similarly, religious and faith leaders can play an important role in accommodating an understanding that acts of violence based on religion or belief cannot be justified and so contribute to the difficult task of preventing such acts from occurring.

As we mark the International Day Commemorating the Victims of Acts of Violence Based on Religion or Belief, we need to consider and recognize the value of interfaith dialogue and collaborations in addressing and preventing these acts of violence—and contribute our voices to the various approaches seeking to address this issue.

Ewelina U. Ochab is a Co-founder of the Coalition for Genocide Response, an author, and the Deputy Director of Refcemi. She regularly contributes to Forbes and HuffPost, and has been published on many other platforms.