The international community is facing a revolution against racism. The current reckoning is part of the long-term trajectory of our world searching for its soul. From the brutal Roman munera and midday executions to our modern era of mobilization against public violence, we seem to have come a long way. However, we still have a long way to go before we come to an age that fully embraces, affirms and protects the human dignity of every person.

Critical questions have surfaced that are decisive for the future of our world. What does it mean to be human? Can we continue to apply hierarchical ideologies that have floated around since at least Aristotle and the Puritan age to our own era?[1] Can we indulge the thought that some members of the human family are ontologically superior to others?

Racism against black people or people of color postulates that they are intrinsically inferior to other groups. Along with racism, the current reckoning expands to other societal diseases: ethnocentrism, tribalism, casteism, and classism. The latter is envisioned through the prism of socioeconomic inequalities.

[1] Ibram X. Kendi. “Stamped from the Beginning: The Definitive History of Racist Ideas in America” (New York: Bold Type Books, 2016), p.16, argued that “In studying Aristotle’s philosophy, Puritans learned rationales for human hierarchy, and they began to believe that some groups were superior to other groups. In Aristotle’s case, ancient Greeks were superior to all non-Greeks. But Puritans believe they were superior to Native Americans, the African people, and even Anglicans—that is, all non-Puritans.” 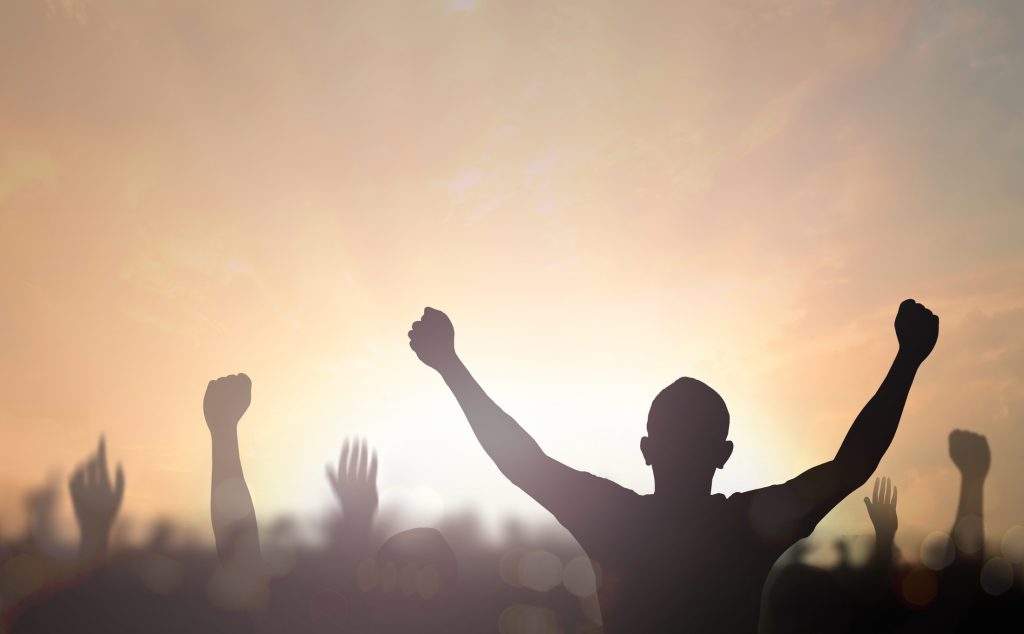 A parallel has been drawn between the current quest for equality and the militancy surrounding the abolition of slavery during the antebellum era.

[1] Ibram X. Kendi. Is this the Beginning of the End of American Racism? The Atlantic. September 2020 Issue.

Lessons from History: A Global Response

After two world wars, with successively 16 million and 60 million deaths, nations were faced with a critical question and choice: Is life sacred? Should it be protected? How is it even conceivable to witness the killings of millions? How did humanity get to the legitimization of violence that has led to so many atrocities? The shocking death toll seemed to trivialize the importance of human life.

A global mobilization showcased the world’s answer to those questions, first in the creation of the League of Nations and then of the United Nations. The Universal Declaration of Human Rights came as a response to the need for a barometer—a compass regarding the principles and values which should govern human relations.

Today, a new landmark seems to be needed—this time more specifically related to the concept of equality. In human relations and interactions, can ontological superiority or inferiority continue to be the norm, as in the case in many countries which legitimize racism, casteism, and classism? The International community seems to have reached a point on our common journey where addressing and correcting this specific issue is part of an urgent need for global healing from past traumas and crimes against humanity (such as genocides, slaveries, subjugations, and abuses of peoples, persons, and resources). The need for reckoning with racism in particular has taken center stage. The global indictment against racism is not new, per se, as proven by mentioning the International Convention against all Forms of Racial discrimination:

Considering that the United Nations Declaration on the Elimination of All Forms of Racial Discrimination of 20 November 1963 (General Assembly resolution 1904 (XVIII)) solemnly affirms the necessity of speedily eliminating racial discrimination throughout the world in all its forms and manifestations and of securing understanding of and respect for the dignity of the human person, convinced that any doctrine of superiority based on racial differentiation is scientifically false, morally condemnable, socially unjust and dangerous, and that there is no justification for racial discrimination, in theory or in practice, anywhere.

In Article 1, the following is specified:

In this Convention, the term “racial discrimination” shall mean any distinction, exclusion, restriction or preference based on race, color, descent, or national or ethnic origin which has the purpose or effect of nullifying or impairing the recognition, enjoyment or exercise, on an equal footing, of human rights and fundamental freedoms in the political, economic, social, cultural or any other field of public life.

There seems to be an international consensus regarding the sin and evil of racism. However, in spite of this wide recognition of the immorality of racism, racist behaviors persist (sometimes even in those who reject it intellectually), showing the deep-seated and ingrained unconscious biases that are part of how people are socialized and relate to black people or people of color.

The root causes of racism are the adoption of a belief in the intrinsic inferiority of people of color, and particularly people of African ancestry. Paradoxically, and with the twist of circular reasoning, historical injustices and abject cruelty are used to justify (consciously and unconsciously) the presumed inferiority of black people in particular and people of color in general. Because of this twisted logic and the stubborn belief in the inferiority of black people, it might be useful to remember the various slaveries that have helped built the stigmatization of blacks.

In the Americas, Black people have experienced the horrors of slavery, the debilitating effects of segregation, and the reduction to the condition of being legally subhuman without rights. The paralyzing effects of Jim Crow laws after the Reconstruction[1] all sent the clear message that black lives don’t matter. In other words, black people could be instrumentalized—used as a means to achieve ends beyond their personal interests.

These dehumanizing practices have contributed to perpetuating the notion of the inferiority of black people, or more broadly, all supposed people of color.

The legitimization of such crimes—and the prejudice that assumes the inferiority of black people—also has deep religious roots. Several partisans of the reduction of peoples of African descent into slavery evoked religious reasoning to justify this traffic.

They considered the so-called “anathema” or curse against Ham and his descendants by Noah as proof that Africans, descendants of Ham, are by nature inferior to other peoples, and were predestined to the condition of slaves.

This biased presupposition has been nurtured by longstanding religious myths present in all monotheistic traditions that postulate a curse on black people, from the Talmud to Christian and Muslim writings.

The partisans of the slave trade evoked the so-called “curse of Ham” to justify the ignominious traffic of millions of people of African descent. Some would add insult to existing injuries in adding the alleged “curse and mark of Cain.”

The stigmatization of black people as inferior is the root cause and the main feeding ground for the evil of racism. Essentially, it is denying black people the status of being fully human.

[1] “Jim Crow” came to be a derogatory term for African Americans, and in the late 19th century it became the identifier for the laws that reinstated white supremacy in the American South after Reconstruction . The demeaning character symbolically rationalized segregation and the denial of equal opportunity.”

One of the legacies of slavery is the belief in the inferiority of black people. The justification of this belief is multifaceted. It can be found as a supposed “divine endorsement” both in the monotheistic traditions and in the Hindu caste system.

The despicable slaveries of people of African descent from the 7th century onward by Arab Muslims—and then by the Europeans from the 15th century on—have not only depleted the African continent of its populations, but have perpetrated the erroneous belief that Africans are inferior. Those, along with other beliefs, played a large factor in the following instances:

The deportation of Africans to various horizons by Arabs, Europeans, and other Africans has been the evil of evils. To get a glimpse of the toll of deportations, suffering and deaths, the following may be necessary:

These numbers do not include those who died during these dehumanizing forced journeys (estimated at 2 million individuals). Moreover, these numbers do not include either the forced free labor or killings of millions of inhabitants of the so-called “Free Congo,” annexed by the Belgian King Leopold II during an arrangement at the infamous Berlin Conference in 1884 when the partition of Africa took place.

Africans have bled in many ways, and continue to do so. A more human and humane world can only become a reality when people of African descent are restored to their rightful, dignified place among the global human family, in the dignity of equality and difference.

If only all nations would factor in these recommendations, it would be a good place to start for building a better world—a world where every person’s dignity is affirmed, protected, and translated into decent living in the dignity of difference and the unity of human solidarity.

Ganoune Diop, Ph.D., is General Secretary of the International Religious Liberty Association and Director of Public Affairs and Religious Liberty at the General Conference of Seventh-day Adventist World Headquarters. He serves on the G20 Interfaith Forum Board of Directors and the Anti-Racism Working Group.