By Dr. Renae Barker – Senior Lecturer in the Faculty of Arts, Business, Law and Education at the University of Western Australia 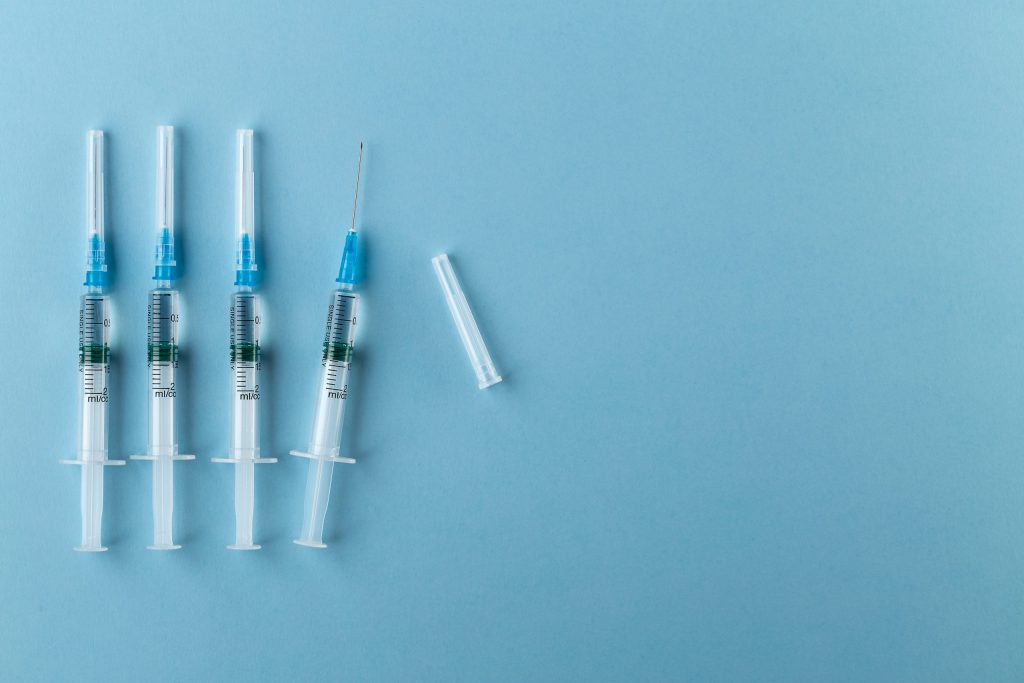 As the world edges closer to viable vaccines against COVID-19, attention is turning to how that vaccine will be rolled out. Central to this question is the extent to which states may make the vaccine mandatory. Australian Prime Minister, Scott Morrison, has indicated he would like to see a 95% vaccination rate once a vaccine is available.  In Australia, debate has recently turned to the ethics of the vaccine being developed at Oxford University and the implications for freedom of religion should this vaccine prove to be the most viable candidate.

The vaccine being developed at Oxford University uses cell lines originally taken from an aborted foetus in the 1970s. While the practice of using cell-lines taken from foetus is generally accepted by the scientific community as ethical, this does not alley religious concerns with the practice.

In Australia three Archbishops, representing the Anglican, Roman Catholic and Greek Orthodox Churches in Sydney, have written the Prime Minster, Scot Morrison, expressing concern over the Oxford vaccine candidate.  They note that some Australians may “be concerned not to benefit in any way from the death of the little girl whose cells were taken and cultivated, not to be trivialising that death, and not to be encouraging the foetal tissue industry.” The Australian Federation of Islamic Council’s has also expressed ‘profound concern’ calling on the government to ‘reconsider accessing such vaccines but instead to invest into Australian research into ethical alternatives.’

Vaccination is not mandatory in Australia. However, there are strong financial incentives for parents to vaccinate their children. In 1998 the federal government introduced its ‘no-jab no pay’ policy. This initiative linked federal welfare payments to families to their children’s vaccination record.  Children who were not vaccinated were no longer eligible to receive Federal government welfare support.  Exemptions were initially available for those with a conscientious objection and specific groups identified by the responsible Minister.  The conscientious objector exemption was used by those with both secular and religious objections to vaccination. The Minister’s power was primarily used to exempt Christian Scientists who object on religious grounds to all vaccinations. In 2015 the government announced it would remove these exemptions. They did so on the basis that ‘objection to vaccination can limit the rights of others to physical and mental health.’ While the Government initially indicated that Christian Scientists would continue to be exempt, they later withdrew this exemption, explaining that ‘the government has had discussions with the only religious organisation with an approved vaccination exemption, the Church of Christ, Scientist and has formed the view that this exemption, in place since 1998, is no longer current or necessary.” As a result, families who choose not to vaccinate their children for religious reasons are no longer eligible for family welfare payments or government subsidised childcare. For religious families, this is a significant imposition on their freedom of religion.

While freedom of religion is a fundamental human right, is it not unlimited.  Article 18(3) of the International Convention on Civil and Political Rights permits the freedom to manifestation ones religion to be limited “as … prescribed by law and are necessary to protect public safety, order, health, or morals or the fundamental rights and freedoms of others.”  The COVID-19 pandemic has already seen the manifestation of religion curtailed around the globe in the interests of public health. While there have been examples where this limitation has amounted to little more than persecution, in many cases limits on the manifestation have been a legitimate response to protect public health. In Australia, places of public worship have been closed or the size of gathering limited at various times. While these restrictions have generally been accepted by religious communities, there have been those who have baulked at the significant restrictions on their freedom. For example, the Australian Christian Lobby and controversial religious leader and former tennis star Margaret Court have criticised what they perceived to be a double standard in permitting Black Lives Matter rallies while religious gatherings were restricted to 300 people outdoors and only 100 indoors.

In an interview with the New York Herald in 1901, Mary Baker Eddy, founder of the Church of Christs, Scientists commented that “where vaccination is compulsory, let your children be vaccinated, and see that your mind is in such a state that by your prayers vaccination will do the children no harm. So long as Christian Scientists obey the laws, I do not suppose their mental reservations will be thought to matter much.” Similarly she wrote that “rather than quarrel over vaccination, I recommend, if the law demand that an individual submit to this process, that he obey the law, and then appeal to the gospel to save him from bad physical results.”

The Roman Catholic Church’s position is similarly complex.  In the Instruction Dignitas Personae on Certain Bioethical Questions, the Congregation for the Doctrine of the Faith concludes that “ … the danger to the health of children could permit parents to use a vaccine which was developed using cell lines of illicit origin, while keeping in mind that everyone has the duty to make known their disagreement and to ask that their healthcare system make other types of vaccines available.”  Similarly the Pontifical Academy for Life concluded that “all clinically recommended vaccinations can be used with a clear conscience and that the use of such vaccines does not signify some sort of cooperation with voluntary abortion.”

In 2018 Indonesia’s peak Islamic body, the Indonesian Ulma Council, issued a fatwa declaring that the rubella-Measles vaccine was ‘haram’ (religiously forbidden). Like the potential Oxford University COVID-19 vaccine, it was developed using foetal cell lines. However, the Indonesian Ulama Council permitted Muslims to continue taking the vaccine for the time being, as there was no suitable alternative available.

Ultimately, the question over the religious ethics of a COVID-19 vaccine may become a moot point. The Oxford vaccine is still in trials, as are several others around the world which do not use foetal cell lines.  In Australia this includes a vaccine being developed at the University of Queensland. A greater ethical question may be how the vaccine is distributed around the globe. As Pope Francis has commented, “How sad it would be if, for the COVID-19 vaccine, priority were to be given to the richest?”

Dr. Renae Barker is a Senior Lecturer in the Faculty of Arts, Business, Law and Education at the University of Western Australia. She is an Honorary Research Fellow at the Centre for Muslim States and Societies. She is also the Diocesan Advocate for the Anglican Diocese of Bunbury, where she advises the Bishop on matters of church law.  She has published on a range of topics related to religion and the law and is most well known for her research on the wearing of the burqa and niqab in western jurisdictions.  She is the author of State and Religion: The Australian Story (Routledge, 2019). In addition to her scholarly publications, Renae regularly publishes on The Conversation and ABC Religion & Ethics online.  She is regularly interviewed by the media on issues relating to law and religion in Australia.