I wish to start with a question: Do you know another name for the present pandemic save for CORONAVIRUS? No, I’m not referring to “COVID-19.”

I believe that many will be surprised to learn that CORONAVIRUS is being referred to as “JUDEOVIRUS.” Jews were so accredited due to accusations that the virus had been developed and was being spread by Jews and Israelis: they are the ones who would find a cure and vaccine for the disease, selling it to the ailing world and making a fortune.

Is this new anti-Semitism? Not really. This episode echoes an ancient form of anti-Semitism that blamed Jews for spreading illnesses and other tragedies.

Here is an authentic report following the arrival of the Black Death Pandemic to Europe in spring 1348:

“On the day that any plague or famine occurs, the people cry ‘All this happens because of the sins of Jacob! Destroy this nation, kill them!’ And during the disaster […] they undertake in a violently thoughtless way to destroy the unfortunate Jews.” 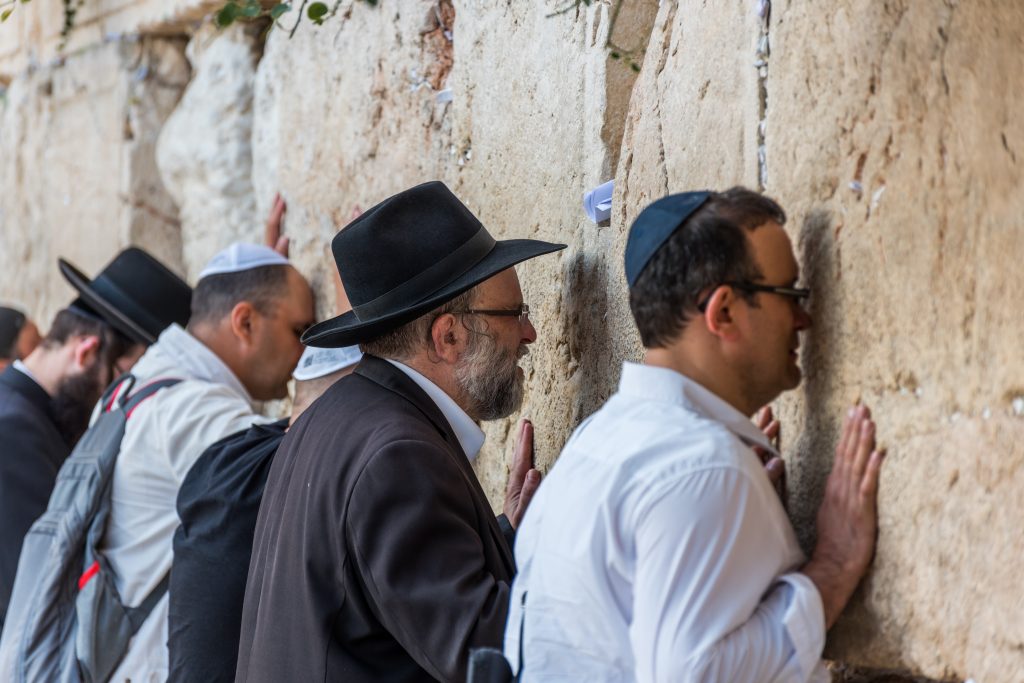 How Old is the Old Anti-Semitism?

Haman, the Prime Minister of Persia during the 4th century BC, persuaded King Achashverosh  to issue an edict of extermination of all the Jews within the empire. The excuse was this:

“There is a certain people scattered and dispersed among the people in all the provinces of your kingdom; their laws are different from all other people’s, and they do not keep the king’s laws. Therefore, it is not fitting for the king to let them remain… Let a decree be written to eliminate them.”

We were saved; however, thanks to Queen Esther’s beauty and wisdom.

But wait. Haman was not the first Anti-Semite. According to the Talmud, Haman was a descendent of Agag, king of Amalek, who attacked the Israelites on their way to the promised land for no obvious reason, killing those who lagged behind.

Yet this, too, was not the beginning of Anti-Semitism. Even before the Israelites turned to be a nation, Pharaoh ordered the Hebrew midwives to kill all male newborns.

If there was hope that the Holocaust would put an end to Anti-Semitism, we were totally wrong. Anti-Semitism grew stronger and spread around the world.

A Shift in Anti-Semitism

What is it that fuels Anti-Semitism from the 15th century BC to present days?

I will not pretend to have the ultimate answer and move to our theme – New Anti-Semitism.

Before doing so, let’s not overlook the fact that classic Anti-Semitism is still thriving  – as demonstrated by attacks on Jews and synagogues all over the world.

Zionism and the New Anti-Semitism

The best manifestation of new Anti-Semitism seems to be United Nations General Assembly Resolution 3379, adopted on November 10, 1975 by a sweeping majority of 72 to 35, stating that Zionism is a form of racism and racial discrimination. It is remarkable that Zionism was singled out from all national liberation movements to bear the Mark of Cain. And who was blaming Zionism? Gaddafi’s Libya; Saddam Hussein’s Iraq, Idi Amin’s Uganda and the like.

Yet the UN resolution was not the first libel against Jews, blaming them of conspiring to rule the world. As early as 1903 the “Protocols of the Elders of Zion” were published in Russia and distributed all over the United States thanks to the generosity of Henry Ford. These fabricated protocols purported to describe a Jewish plan for global domination. Though proved to be false, the protocols continue to be influential and fuel what is known as new Anti-Semitism.

So what is new Anti-Semitism?

“Antisemitism is a certain perception of Jews, which may be expressed as hatred toward Jews. Rhetorical and physical manifestations of antisemitism are directed toward Jewish or non-Jewish individuals and/or their property, toward Jewish community institutions and religious facilities… Manifestations might include the targeting of the state of Israel, conceived as a Jewish collectivity.”

This definition is wide enough to embrace both old and new anti-Semitism.

In the words of Abba Eban, the late foreign Minister of Israel:

But why quote an Israeli minister? This is what Britain’s Lord Chancellor Michael Gove said in 2016:

“Back in the Middle Ages, anti-Semitism was religious – ending in the closure of Jews in ghettos and forceful conversion. At the beginning of the 20th century, anti-Semitism led to the worse atrocity that humanity ever witnessed under horrifying scientific pretense. Anti-Semitism changed face, and today it finds its expression in opposition to national collective Jewish identity and to the existence of the State of Israel.”

Under new anti-Semitism, we may include denying the Jewish people their right to self-determination, by claiming that the existence of the State of Israel is a racist endeavor and applying double standards by requiring of it a behavior not expected or demanded of any other democratic nation.

Allegations were made that the novel definition of anti-Semitism curtails the right to free speech. This allegation is totally false.

In the words of IHRA:

“Manifestations might include the targeting of the state of Israel, conceived as a Jewish collectivity. However, criticism of Israel similar to that leveled against any other country cannot be regarded as anti-Semitic.”

There are endless examples of targeting the State of Israel using a double standard.

Suffice it to mention a recent case: On May 27, the UN Human Rights Council passed an unprecedented resolution to create a permanent “Commission of Inquiry” to investigate in the Occupied Palestinian Territory, including East Jerusalem, and in Israel all alleged violations of international humanitarian law and all alleged violations and abuses of international human rights law. This would be the first such commission ever with an “ongoing” mandate.

To quote Austrian ambassador Elisabeth Tichy-Fisslberger, it “continues the regrettable practice of singling out Israel for criticism in the Human Rights Council.”

One should note that the draft resolution was proposed by Pakistan, which no doubt is a human rights-loving state.

And let’s not overlook the World Conference on Racism held in Durban in 2001, which turned into one of the ugliest anti-Semitic events. The draft resolution of that event was composed in Teheran, of all places. Those who unfortunately missed the conference may get the chance to attend the UN’s Durban Conference anniversary event later this year.

One shouldn’t be surprised to learn that 36% of the Council’s resolutions during the years 2003-2017 condemned Israel, and the rest (64%) were distributed among such righteous states like Iran, Syria, Libya, Yemen, Sudan, Afghanistan and the like while states like Iraq, Pakistan, Turkey and Lebanon have not been condemned even once. It is worth mentioning in this regard that the 2013 Freedom in the World annual survey and report, which attempts to measure the degree of democracy and political freedom in every nation, ranked Israel as the Middle East’s only free country. 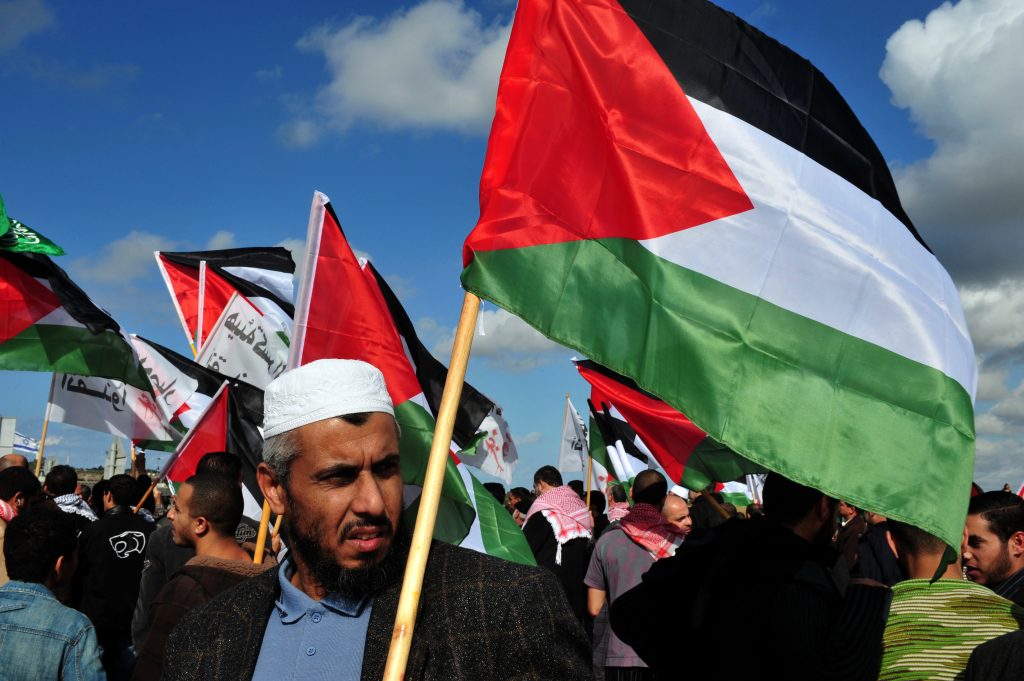 The Boycott, Divestment and Sanctions Campaign

This is an appropriate place to discuss the Boycott, Divestment and Sanctions campaign. Those who lead the campaign argue that it is a result of Israeli occupation following the 1967 war. This is not true. Boycotts of Jewish-owned businesses were organized by Arab leaders starting in 1922, 26 years before the establishing of the State of Israel and 45 years before the 1967 war. As of 1945, the Arab League leads the boycott, which members of the Organization of Islamic Cooperation joined.

Of interest is that the boycott damages Palestinians not less than Israelis. Following the 1967 war, several Israeli enterprises established projects at the border of the West Bank hiring Palestinian workers. Following the BDS, many of them moved back to Israel proper, leaving behind hundreds and thousands of jobless people.

Obviously the occupation is not the cause of the BDS campaign, but rather its excuse. Even if Israel withdraws from all territories, the boycott won’t end as long as the State of Israel exists.

To use Gove’s words:

“The Boycott, Divestment and Sanctions movement against Israel is anti-Semitic. They hate Israel, and they wish to wipe out the Jewish people’s home, not because of what Israel does but because of what Israel is – free, democratic, liberal and western. We need to remind ourselves that defending Israel’s right to exist is defending our common humanity. Now more than ever.”

Professor Asher Maoz is the Founding Dean of the Peres Academic Center Law School in Rehovot, Israel and vice president of the International Association for the Defense of Religious Liberty. This article is based on a presentation at the Religious Freedom & Business Foundation Forum.