The most profound is often the simplest. This truth is self-evident in every faith tradition.

“Do unto others as you would be done by.” This ‘Golden Rule’ is common to every major religious and spiritual tradition on the planet. Compliance with this rule is often another matter, mind.

That ‘the most profound is the simplest’ is a posture equally adopted in the scientific world.  So, despite protest to the contrary, is the guess, the hunch, the ‘leap of faith.’

Alexander Fleming closes up his Edinburgh lab for the night, neglecting to dispose of the remains of his lunch. The next morning?  The mold has become penicillin!  Hey, presto!  (Well, perhaps it took a little more than that, including Fleming’s intuitive genius.)

Even Professor Einstein’s famous E=MC2 is, in essence, simplicity itself.  Matter is neither created nor destroyed; it is only changed in form. That elegant little formula ushered in the atomic age, with all its peril and potential.

And so, we should hardly be surprised by the prophetic insight of British astronomer, Fred Hoyle.  Twenty-five years before astronaut Neil Armstrong capered across the lunar landscape, Hoyle noted that once an image of the world from space became available, humanity’s perspective on the home planet would be irrevocably changed.

View of a Home

We would have a worldview, a true worldview, for the first time in our long and troubled history.

The distorted, squashed orange Mercator projection of the globe could be replaced by the viscerally compelling ‘Earth Rise over the Moon.’  In increasing contexts, from textbooks to television, it has.

Sadly, it is an extraordinary idea whose time is yet to be fully realized. As our current pandemic reality continues to demonstrate, hundreds of millions of the world’s citizens and the majority of national politicians have been slow to grasp the simple fact that we all share only one planetary home.

In the late 1980’s, Toronto teacher Anne McTaggart got it. She launched, single-handed and out of her home, Our Planet in Every Classroom. Her idea, reflecting Fred Hoyle’s 1944 observation, was both profound and simple.  Place a photo of Earth from Space in every classroom in the world.  In those pre-internet days, every child who was able to go to school at all would know what home looked like for the very first time.

Back in those days, when China was still a newbie in many global enterprises and before Elon Musk and Sir Richard Branson embarked on their ‘Buck Rogers Adventures,’ outer space was the province of the United States and the Soviet Union.  The big player was NASA, the Space Agency of the United States of America. Anne wrote NASA and explained her idea. To its credit, NASA responded immediately. Anne was given the right to reproduce an image of the Earth from space taken during the Apollo IX Mission.

Reproduce it, she did. Over the next several years, posters and accompanying teacher resource kits were provided to school boards in most Canadian Provinces and Territories, the Netherlands, many American States, and in responsive locations across the African continent.

The poster images of our planetary home were – and remain, even floating in a Sargasso Sea of space junk – almost indescribably beautiful.  There Earth sits, set in the velvet blackness of eternity, a bright blue gem nestled in a jeweller’s box; to be treasured and cherished in and by every generation of her children. 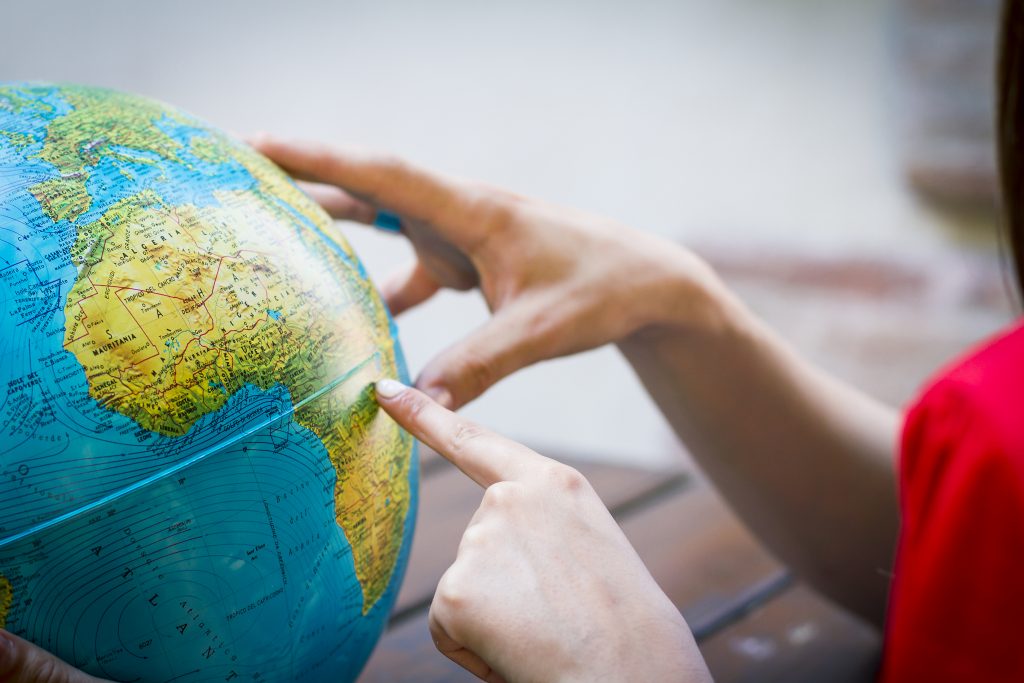 Anne wasn’t the first to recognize the power and potential of the image. As early as 1977, a Colorado group had instituted a similar project in classrooms across their home state.  Other groups have taken up the challenge since. But, Anne’s effort was the most ambitious at the time, encompassing, in principle, the whole inhabited earth.  She obtained the distributive support of the Wold Federalist Movement, based at the UN in New York City and in The Hague in the Netherlands.

One World: An Image to Aspire To

I was privileged to have played a modest role in the project. I offer the following anecdote to demonstrate the captivating nature of the image and the idea.

From 1988-1992, I served as the Canadian President of The World Federalist Movement.  In the summer of 1989, only 20 years after the Apollo XI moon landing, I was embarked on a cross-Canada speaking tour promoting the principles of democratic global governance.  In every venue, I took the opportunity presented to promote Our Planet in Every Classroom.  The first stop on a hectic itinerary was Victoria, on Canada’s far Pacific Coast.  I was the guest of the Harbour Rotary Club. They were polite as I passionately presented political philosophy.  But when I described Our Planet in Every Classroom, the room came alive; electric with excitement.

As I concluded my remarks to unanticipated and vigorous applause, two members tabled a Motion which was adopted without debate and unanimously. The Harbour Rotary Club committed to placing a poster of Our Planet in every classroom in the Province of British Columbia.

Anne’s particular vision and others of like ilk have yet to be achieved. Still, the image of our one world, our beautiful and fragile home, is now common enough currency that someday, one hopes soon, it will take hold. Then maybe, just maybe, the Golden Rule will usher in a Golden Dawn.