On Tuesday, June 28th, the G20 Interfaith Forum, together with ACWAY and the International Center for Law and Religion Studies (ICLRS), held a breakout session on religious freedom and the G20 at the 2022 International Religious Freedom Summit in Washington, D.C. 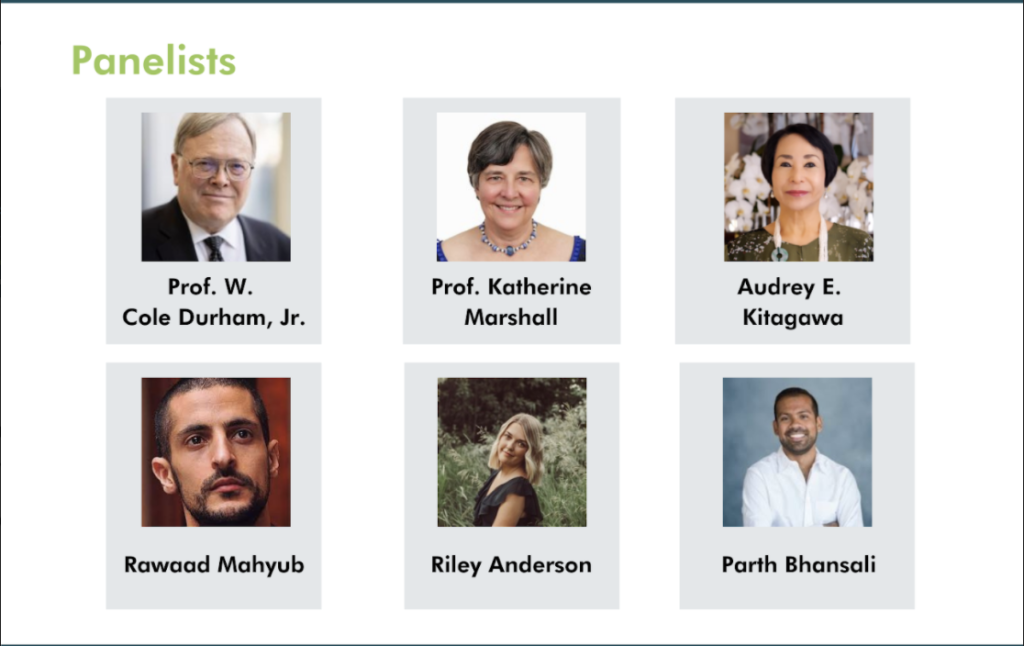 Durham began the session by welcoming all participants and guests, introducing the panelists, and giving a short explanation of the G20 Interfaith Forum’s mission and history. He then briefly addressed the central theme of the session: What’s the connection between FoRB (Freedom of Religion or Belief) and the G20? His answer looked at two points:

He concluded by saying that FoRB tends to be underestimated as an important factor in world issues, and that it should be more thoroughly taken into account.

Marshall focused her comments on how FoRB issues can be practically linked to global agendas, and seven points to keep in mind while attempting to work within that sphere:

Kitagawa focused her comments on the mission and work of the G20 Interfaith Forum’s Anti-Racism Initiative, which she leads. The G20 Interfaith Forum exists to facilitate constructive dialogue between faith leaders and others (community, political, academic, and civil leaders), foster communication channels between different faiths, and contribute to policy in global agendas, particularly related to the SDGs. As racism exists in and affects every global issue with which the G20 Interfaith Forum is concerned, the Anti-Racism Initiative strives to educate on and eliminate prejudice and discrimination in all of those areas.

“Racism is a problem with a long, painful, and complex history. It remains a deeply ingrained, substantial, and systemic problem on many levels. As such, we need to remain sensitive to the fact that racism is a cross-cutting issue that affects all of the SDGs and more.”

Some of the Anti-Racism’s work includes monthly webinars addressing racism against a wide variety of groups. The initiative will continue to grow, providing a variety of educational materials and striving to speedily eliminate racial discrimination on every front.

Mahyub began by introducing ACWAY – a global youth movement that currently involves over 180 young people from more than 85 countries, helping them engage with their communities by planning interfaith projects throughout the world, and thus far has delivered over 200 grassroots activities. The organization strives to inspire and support young people to be part of the interfaith sector by:

He then introduced their flagship initiative: The Interfaith Development Goals (IDGs).

“The IDGs were initiated by ACWAY to fill a small but important gap in the UN’s SDGs. There’s a lot of work to be done in terms of capturing evidence and results of the quality work we do in the interfaith sector. The IDGs allow us to capture and demonstrate how religious, faith, spiritual and interfaith groups, their communities, and their leaders contribute to building peace and harmony around the world.” 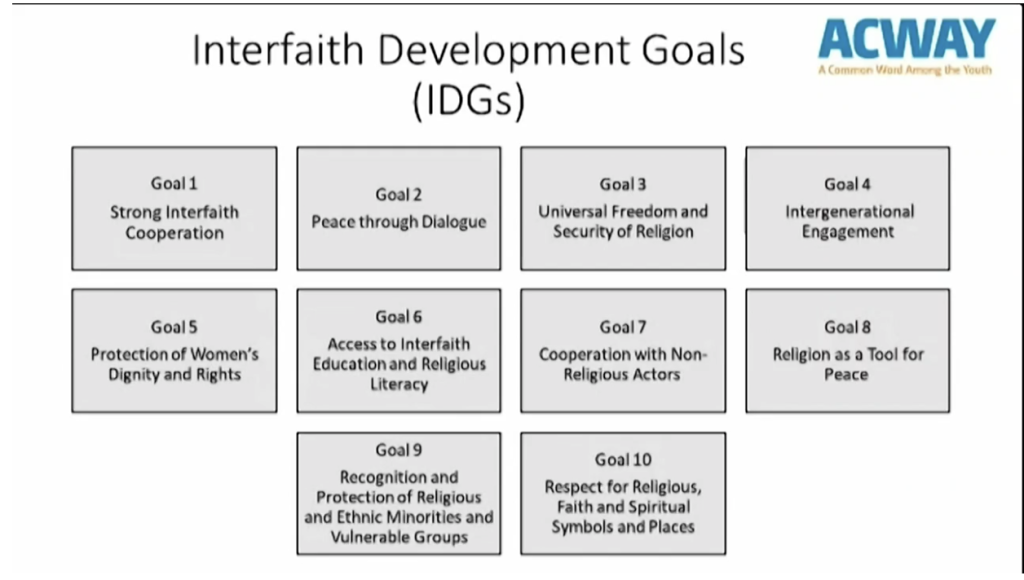 Anderson shared her experiences as a fellow in the ACWAY program, talking about her time at the 2021 G20 Interfaith Forum in Bologna, Italy, and the interfaith activity she organized on her college campus afterwards. She also spoke about how our religious, personal and nationality-based beliefs are intertwined, and how it is important to have religious freedom so that everyone can be at peace no matter where their beliefs stem from.

She said she’d learned a few important things from her time working in the interfaith sector:

“Young people are more interested in interfaith work than most people assume.  And differences are just as important as similarities when we’re dialoguing with each other and learning to work together.”

Bhansali also shared his experiences with ACWAY, focusing on how today’s world is changing, making way for more consideration of diversity – even diversity of faith. He said when he got his first job after college, he’d been excited about how nice the break room was. Now, his friends were excited that they get Hannukah off on paid leave.

However, he said that this new world is often being shaped without the input of young people.

“We’re missing the voice of youth when connecting with decision-makers. Let’s give them a voice. Let’s work together to bridge gaps of understanding.”

He ended by highlighting how the power of the ACWAY network has helped create opportunities and friendships, as well as how the ACWAY fellows from different industries are leaning on each other to create, educate, and empower through the activities they’re running.

The session ended with a short Q&A, then panelists were invited to offer closing remarks. After the final statements, the session was concluded. 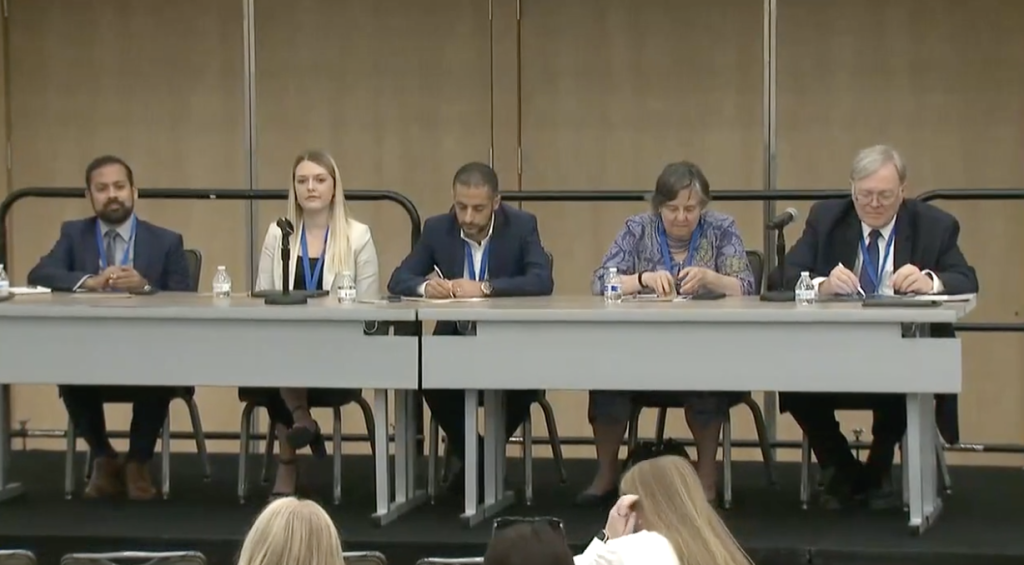