In June 2022, the G20 Interfaith Forum, with the cooperation of partnering organizations, held the European Policy Conversations of Religion and Sustainable Development. The conferences were held in Bologna, Italy, and Rome, Italy. This session, titled “Hate Speech: Interdisciplinary and Interfaith Perspectives,” was held at Universita di Bologna on June 21, 2022.

Cole Durham Jr., who moderated the roundtable discussion, began by welcoming all audience members and participants and inviting each speaker to offer some introductory comments centered around hate speech and its connections with religion.

Anello centered his comments on his recent work with students at the University of Parma, centered around preventing hate speech in public dialogue. In addition to creating a new program at the university working with religious dialogue and global diplomacy, he followed a four-pronged approach with his students:

Rose framed her comments in the context of her experience with KAICIID and their focus on dialogue:

“Hate speech is the antithesis of dialogue, which involves keeping an open ear for others while keeping one’s own beliefs. Hate speech is one of the key problems today in undermining social solidarity and democracy—and religious leaders have a special potential and responsibility in helping guide people’s beliefs and the messaging that comes out of their communities.”

Turim and her colleague Lozano focused their comments on a recent project they’ve been working on, focusing on religious freedom in Barcelona and Catalonia. Though the main focus of the project was to evaluate the state of religious freedom in the region, through checks of the media to find unregistered cases of discrimination and repression, they found that hate speech “is definitely on the rise in connection to religion.”

One section of the report, which was dedicated to looking at hate speech, found that only two of the area’s 13 religions were often targeted: Islam and Judaism. In the case of Islam, that hate speech came mainly from political actors. In the case of Judaism, it came from members of society. Though the two religions suffered from similar percentages of hate speech incidents, the speech itself was happening in very different ways from very different actors.

Durham then continued the discussion by directing a series of follow-up questions to the speakers.

With respect to religious literacy, what areas deserve the most focus? What should be prioritized to help people understand each other?

Anello: In Italy, there is very little knowledge about religions outside of Christianity despite there being a lot of diversity. This needs to be remedied in our academic institutions. Second, the stage can neutralize conflicts and effectively teach about controversial issues if you present things right.

Durham: I’ve worked with organizations developing guidelines on how to teach about religion. Now you’re talking about inculcating religion instead of teaching about it. Do you find this a less threatening, more effective way?

Anello: When I’m just teaching about religion, since I’m not a member or leader of that religion, I’m limited to teaching around it—about its surrounding culture, etc.

Rose: Anyone who wants to address hate speech needs to know that it isn’t clearly defined.  It’s not a hate crime. You can’t tell the media what to say or impinge on freedom of expression.  This isn’t blasphemy laws. But that doesn’t mean that religious groups don’t have a problem  with being one of the most targeted groups in Europe.

“When working with the media, you can’t say “you can’t write about religious groups in negative ways.” The answer lies in media establishing better contacts with religious groups—legitimate representatives that they can all if they need immediate, authoritative comments on an issue. It tends to be those on the extreme ends that are loudest and most available for comments, and that often skews reporting.”

Have you noticed any other good techniques in working with the media?

Turim and Lozano: We held a “speed dating” activity so that journalists would know at least one person from each religious community in the area to contact. We also worked with journalists on how to detect fake news on religious topics, since they can’t understand every topic in depth despite reporting about them.

Durham: Often, mainstream media has no experience with these religions. There’s an international association of religion journalists with real expertise, but they aren’t necessarily the mainstream writers.

Turim and Lozano: The religion beat also often gets pushed to the backburner with things like traffic. It’s hard for reporters to get space and attention from their editors for religion articles, and that’s compounded by the bias that arises from generalist readership’s interest determining topics and angles. It makes it important to help journalists get beyond clickbait and touch on what’s actually happening.

Rose: From our previous experience working with media, you have to be careful who is doing the educating. To help journalists, sometimes we must work to diversify newsrooms, make sure existing codes of conduct are applied, persuade the corporations behind their publications, and more. They walk a delicate line, as reporting accurately on hatred without perpetuating hatred can be difficult.

Durham: When we were studying guidelines of religious education, we realized that there wasn’t adequate training for the teachers themselves. Teaching religion involves many more sensitivities than teaching mathematics. In the same vein, we tend to think about the frontline hate speech events when we talk about this subject, but we’re dealing with deeper structures of phenomena that need to be addressed. 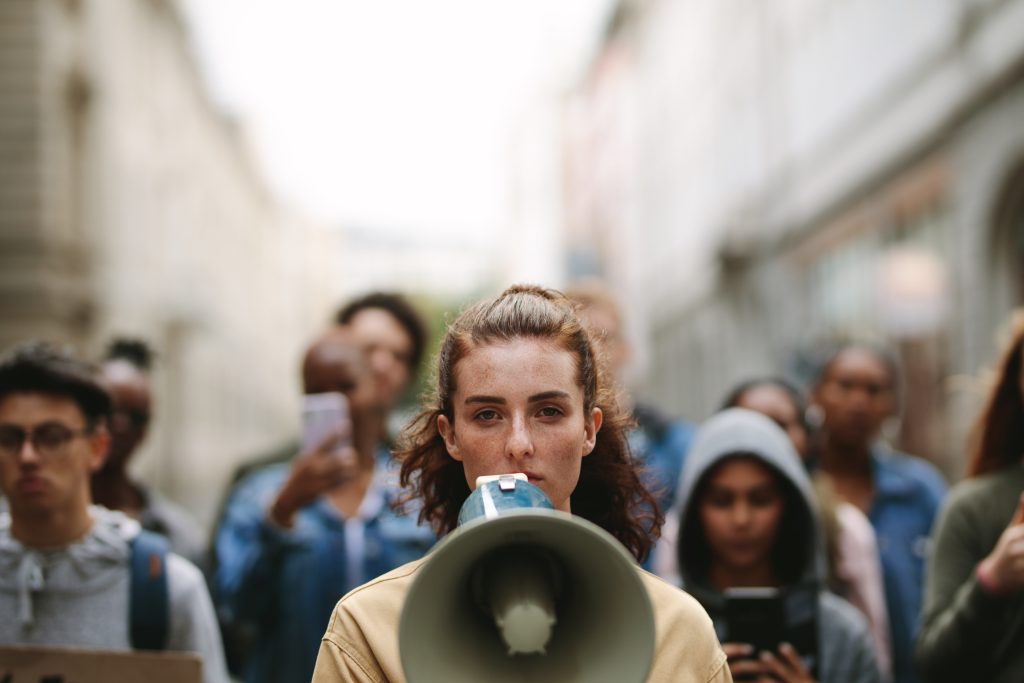 As you look at the issue of hate speech, what other deeper-level contexts do we need to be aware of?

Rose: In some ways, we’re talking about why hate speech happens at all. Due to the COVID pandemic and the words of some public figures, we’ve become much more accustomed to vitriol and scapegoating. These ideas are very closely linked to hate speech, which is ballooned by fear, the echo chambers of social media, and more. But when hate speech occurs in a society, it has a negative affect on the society in general—not just those who are targeted.

“As religious leaders, stand up for those who are being targeted, even if they aren’t you. Find and delicately-but-thoroughly address pieces of your scripture that could be abused. Build partnerships with other religions so that you have someone to call when interfaith hatred happens. Even if we can’t hold back the entire wave, we can do that.”

In conclusion, Durham invited each of the speakers to offer parting thoughts and recommendations.

Turim and Lozano: We want to reemphasize the importance of working with journalists, students, leaders, and more to improve literacy around this topic, especially because it’s off-agenda in some areas. We also urge people to stop remaining neutral when they see hate speech. We need to stand up against it, because none of us are unaffected.

Rose: I would call for more cross-sectoral collaboration, starting with dialogue. Getting religious actors involved in decisions which affect them—and not just with security or when there’s a crisis. That’s where recommendations for the G20 become more relevant: building up that trust and the relevance of what religious groups can bring to the table is a key step.

Anello: We need more self-monitoring from our public institutions. The assumption that the public sphere is totally neutral is not true. And that bias is totally influenced by the culture and the religion of a place.

Durham: I’d like to offer two counter-poised points, one discouraging and one encouraging: